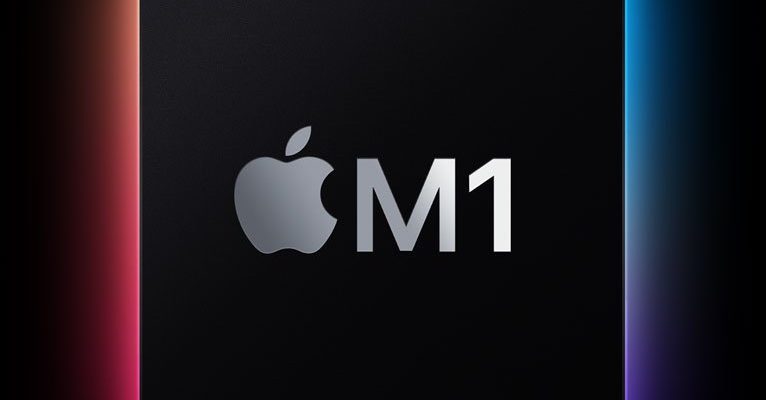 The Avalanche effect, starts small, from afar, at high altitudes. Then it picks up speed and when it reaches the bottom it is a real avalanche. We are referring to the effect that Apple M1 is having on the market.

How M1 is Disrupting the Market

After the presentation on April 20, Apple has dropped all its cards (more or less) regarding Apple M1. Apple’s first processor was aired last summer during WWDC 2020, actually unveiled at the end of the year with the MacBook Air, MacBook Pro 13-2 port and basic Mac mini. A blow to the market, which Apple followed up with an interpretation that was partly obvious and partly surprising that was finalized during the Spring Loaded event on April 20 last. 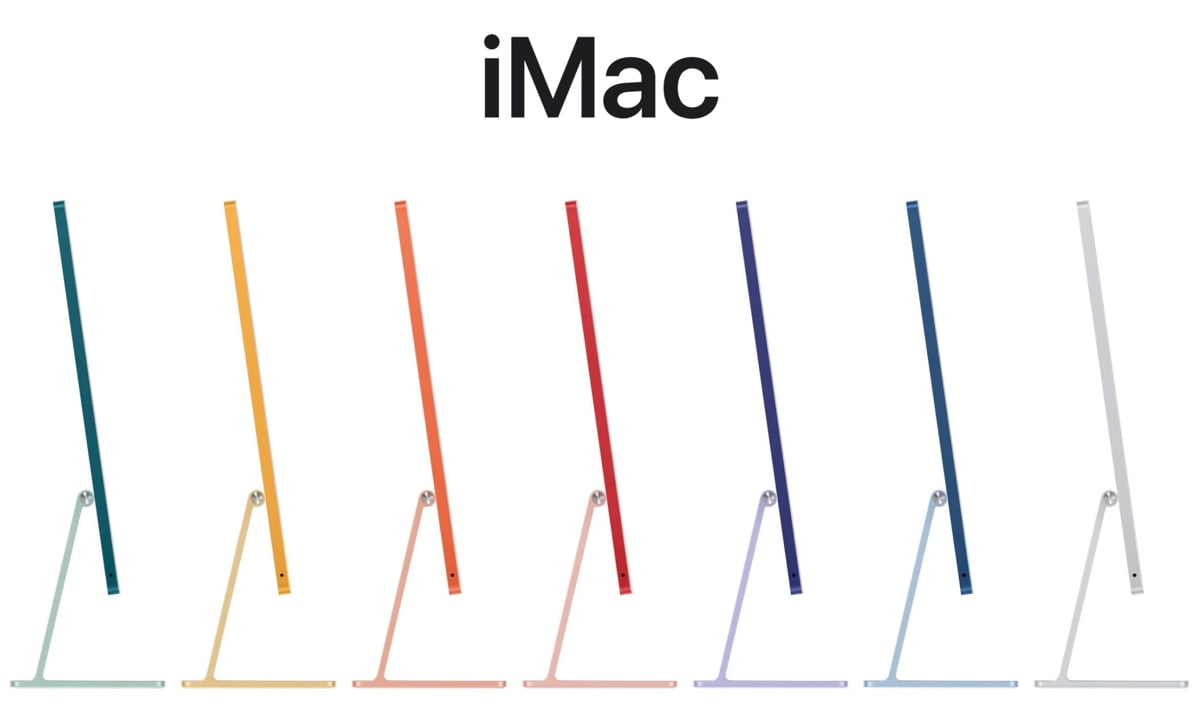 On that date, Apple presented the new colored iMacs with M1 and the iPad Pro 11 and 12.9 always with Apple M1. At this point, we are faced with an anomaly that is the real reason for “creative disruption”, the creative upheaval of the market. For the first time, starting from a top-of-the-range tablet and arriving at different products in the personal computer sector, a single processor without any variation other than integrated memory “covers” a price range ranging from 819 euros. Mac mini base to 899. euro (iPad Pro 11 base) and goes to 1,159 euro (MacBook Airbase), then to 1,479 euro (MacBook Pro 13-2 base ports) to get to 1,499 euro iMac 24 base.

These are the base prices, all for the same chip or almost (there is the variation of the model with 7 cores in the graphics part for iPad, MacBook Air and iMac).

Such a thing had never happened before. If we then look at how far the price “fork” expands, well this can go up a lot because each Ram increase (I.e. double it) costs more than 200 euros and every SSD increase (ie double it) is the same. The MacBook Pro 13-2 ports can cost 2,629 euros, while the iMac 24 can cost 1,949 euros in the most powerful version currently visible on the store (8/512) but will probably cost another 800-1,000 euros more. 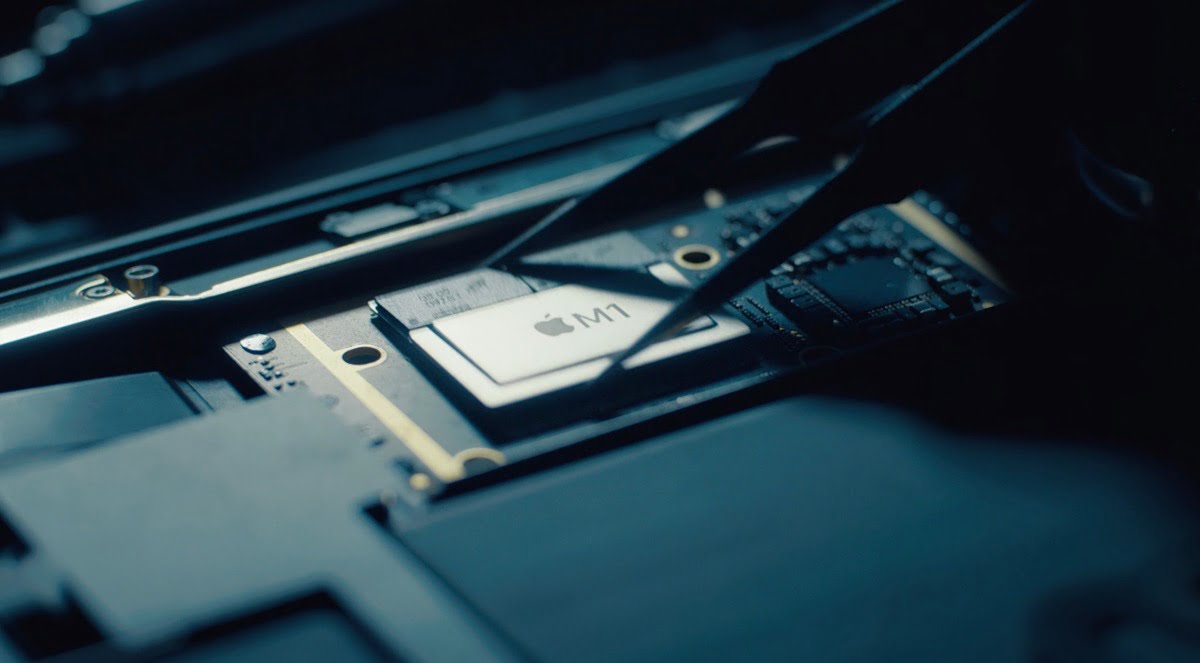 Like the Ford T, the first car produced on the assembly line by Henry Ford (much appreciated by Steve Jobs) that started the automotive market, it was “available in all colors as long as it is black”, so M1 is available in all versions just need to be the same, just in case with the small variation from 7 to 8 cores for the GPU. Memory? 8 or 16 GB of Ram (shared for the graphics. That’s it. It never happened. 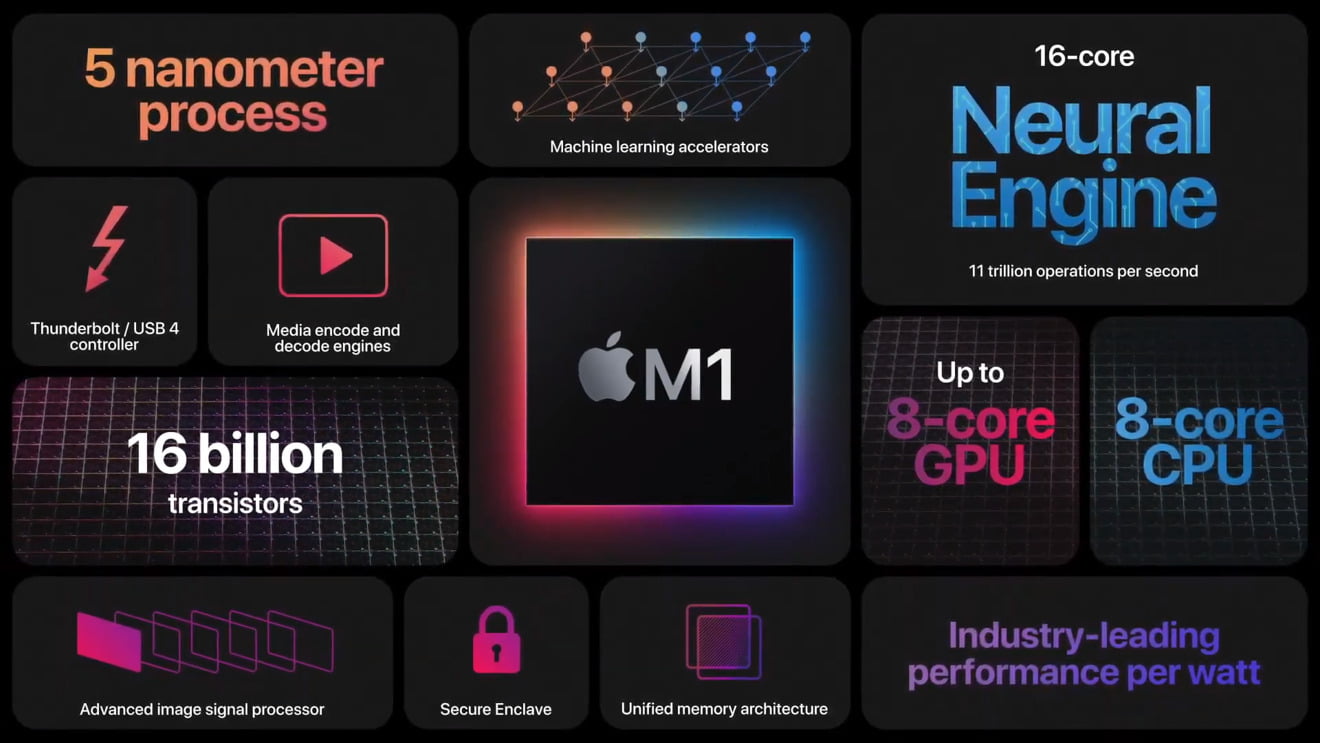 Never before has a company’s entire product range, from tablet to all-in-one, been spread across a single processor. It is simply unimaginable in the PC market, which has instead built its complexity on a million different variations and declinations. Every year when Intel presents new versions of its processors, it does so with dozens and dozens of variations, designed on the basis of the activations of different areas of the chip, the number of cores and cores, the range of memory. An incredible puzzle made up of extremely articulated price lists, and with product ranges (i3, i5, i7, i9) with different consumption and frequencies, of which one wonders what actually are the differences that justify different price points and which should guide consumer choice on the basis of presumed differences in performance.

OEMs, ie the companies that buy Intel and AMD processors and then produce the different desktop and portable personal computers, have built an entire economic sector on these differences. It is very difficult to assess their adequacy, they serve to spread thousands of competing products: the slight difference between two versions of Intel i5 processors of the same generation serves to give breath to those who find themselves competing in the same market segment with the same “engine “. AMD adds little to the mix, and so do graphic card manufacturers, because in the end the game is no longer about providing the user with a useful and clear system of choice, but lego bricks in which everyone can seek their satisfaction without but never understand what it really is.

In short, it is a variant of the Hotel California sung by the Eagles forty years ago: is it really a place designed for the convenience of customers and end-users, or is it a madhouse designed to keep them, prisoners? 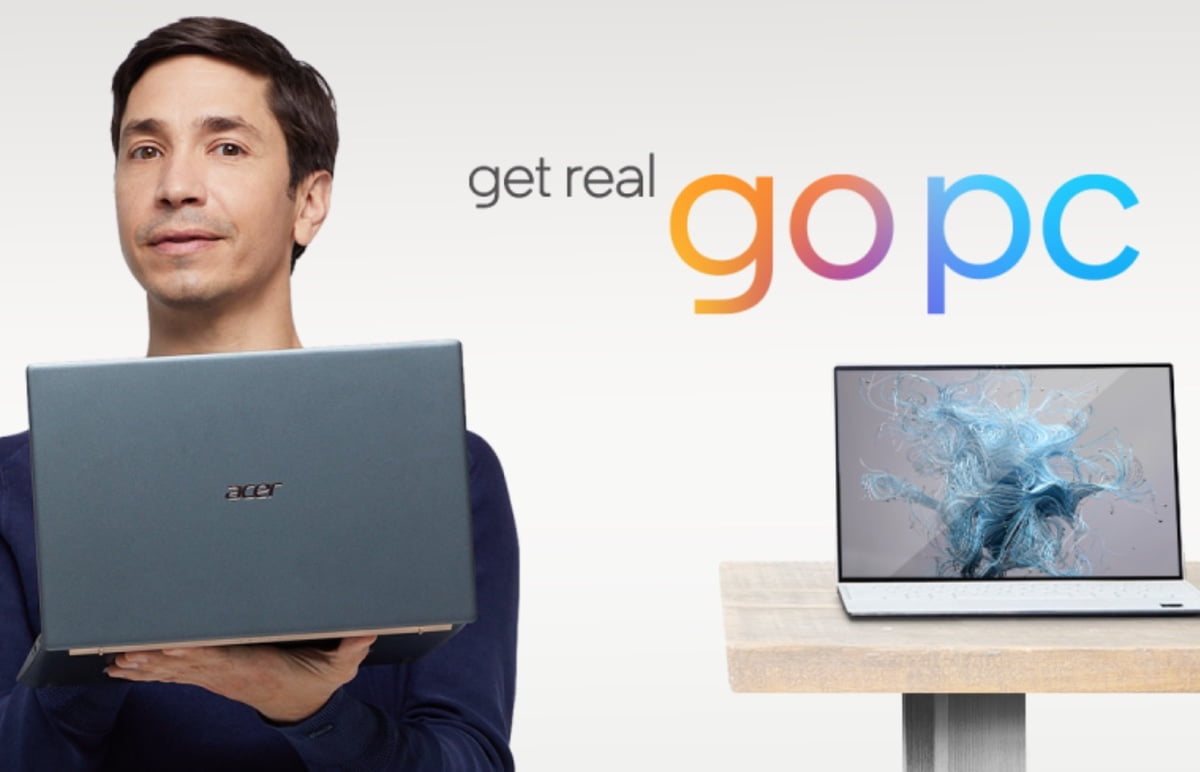 The revolution has (almost) served

This is why the Apple M1 chip has a fundamentally “disruptive” value, that is, capable of destroying the market structured by the others, notably Intel and AMD. That is, at this moment Apple has revolutionized the market, it has shown that a single processor can be used to “cover” five types of different products, with prices ranging from 800 to 1500 euros for the basic versions, with expansions reaching over two thousand. euro always without any variation except that single core of the GPU that “dances”.

This means that a single CPU from apple covers a much wider range of products than any CPU from Intel or AMD. Apple, first of all, invested much more in the design of this chip for the simple fact that, with the same resources, it made only one and not dozens of variants. It means that he “knows” it better, has tested it better and above all produces it by paying less, because the systems are configured only once and always produce the same chip.

It is a double chip, two quad-cores fused together (“half” powerful and “half” economical), capable of covering a series of markets that Intel dreams of, and despite this, it manages to go from the iPad Pro up to ‘iMac 24 and the Mac mini which are considered desktop and pushed a lot. A single extremely efficient chip, to donate them all, because it has features capable of actually covering a lot of different needs (power, low consumption, flexibility, graphics, AI) that require many different products in the Intel-AMD market.

And here is the problem of PC manufacturers, who instead choose between processors made to differentiate, not to cover different market segments. Families with many references (SKUs) that serve to give different indications and that have completely segmented and diversified price ranges.

Attention, once there were also engineering reasons for doing this, because different chips corresponded to radically different performances resulting from years of different research. Today, however, Moore’s law has stopped and the chips are basically minimal variations of a single theme or two, with more or less electrical power that allows them to run in different ways, degrees of purity of the processing that allows you to play with more or more cores. less “rich”.

Apple’s idea is that the Apple M1 is the right processor for an 800 euro, 1200 euro, 1600 euro computer. Always the same processor. That in each of these three “steps” and types of computer (tablet, ultra-light laptop, mini-desktop, structured laptop, all-in-one desktop), it has absolutely qualified and adequate, if not exceptional, performance. 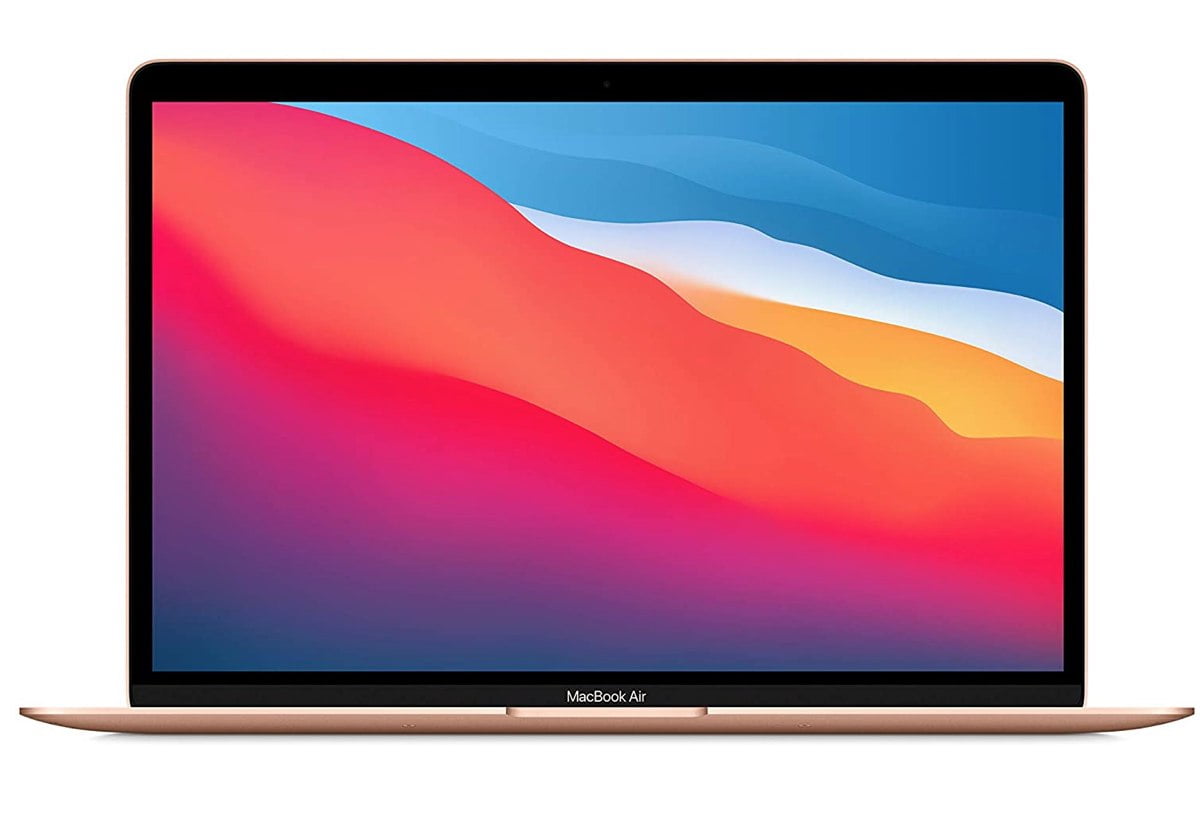 Only the future will tell us what will happen

All this to say that Apple M1, not Apple Silicon, is a revolution. It’s a single * jack of all trades *, a good processor for tons of different uses. But not for everyone. In fact, Apple doesn’t put it in mid-to-high-end products. We need more stuff here. Thing?

The reasoning becomes complex. There are two avenues ahead, and we will only understand them when Apple makes the next move. Meanwhile, we are in the middle of a two-year transition. For now, Apple is perfectly on time. In the future, it will present the second chip of the Apple Silicon series. It will be an M1x or an M2. What will change?

If it were an M1x it would indicate that the company has released an enhanced version of the same current design. This can be done as a natural evolution of the same chip over a period of time less than that necessary to design and prepare the systems to produce a totally new one. For phones and iPads, Apple has done so so far. The difference in power is significant but not huge. The sense is that every year Apple would have only one chip ready, in two significantly different variants (“normal” and “pro”, so to speak) just as every year more or less Apple presents an A00 chip for the iPhone and an A00x chip. for the iPad (more powerful).

If it were an M2 it would indicate that the company has released the second generation of chips and that it took a year to do so. In practice, this would mean that this year’s “base” processors (the M1s) will be under a top processor (M2) this year, and that next year the M2s will become the core product processors and the top ones will be the M3s. and so on. This is a strategy that Apple follows especially in the field of mobile phones, which are sold for 3-4 years.

There is a third version, a mix of the two, which requires Apple to make a version M1x o M2 later and that the update takes place every 2-3 years and not every 12-18 months. In this case it would mean that Apple has the ability to handle a few generations of processors at the same time (one-two for basic iPhones and iPads, and one-two for iPad Pros and Macs). If, in short, the M1s have defined what Apple Silicon is capable of doing, the next processors will define how Apple is capable of doing it. 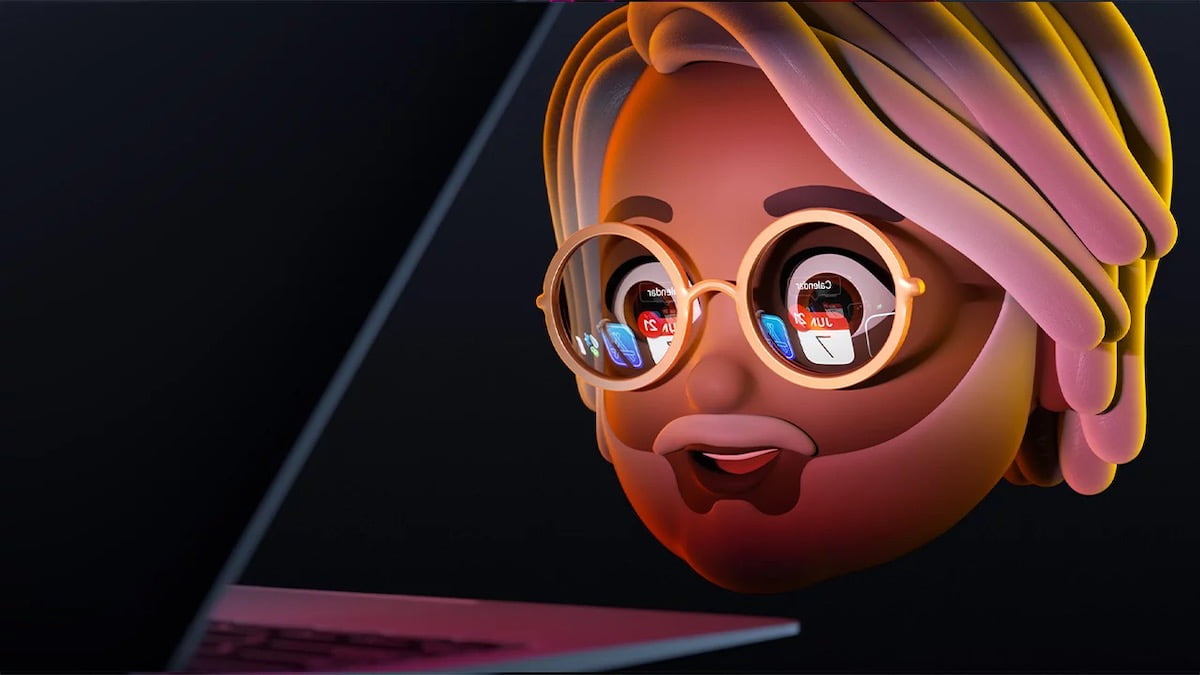 The whole market is at the window to understand this, given that Apple’s next commercial move, starting with the WWDC on June 7 and then the presentations next autumn, will make it clear what will be the speed that Apple is able to sustain with this innovation that now has upset the market but that tomorrow could “sit down” or take flight for good. 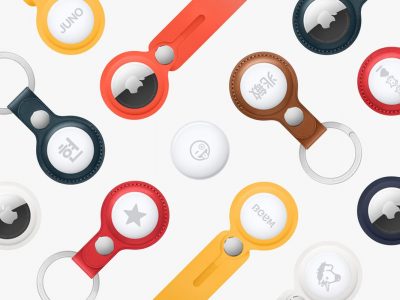 On April 20, Apple presented its AirTag smart tracker, designed to be “privacy-first” and “stalker-proof”, ...
By Aidan Rogers
April 23, 2021 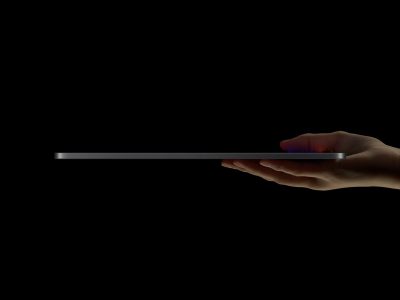 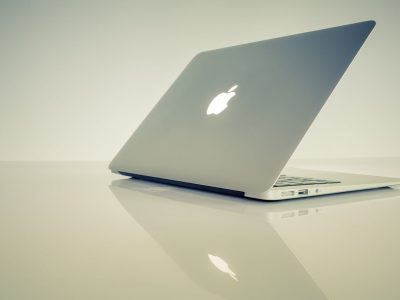 What happens when you are working on an important project, and your Mac hangs? You ...
By Umair Ahmed
April 10, 2021