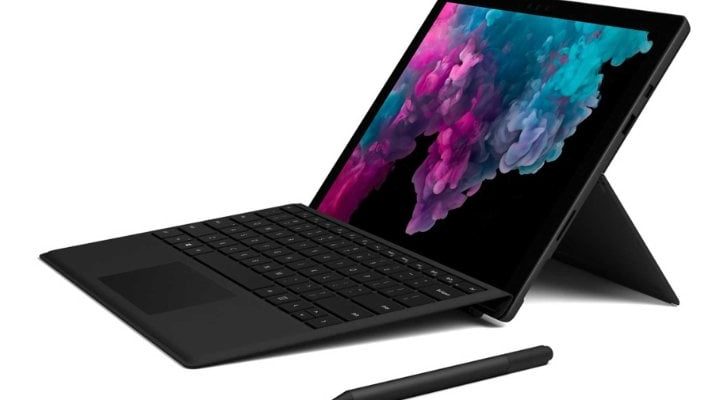 According to the latest rumors, the company will launch not one but two tablets next week, Microsoft Surface 7 and Surface 7 Pro, which will be equipped with Intel and Qualcomm processors. Absolute feature will be the presence of the Snapdragon 8cx chip inside the Surface 7, which will undergo a slight restyling on the design compared to the Pro model.

All the rumors come from the French blog Frandroid, which have received images from a source depicting the new Microsoft products that will be presented on October 2nd, at the annual Surface device launch event. The information coming in the last hours contrasts with the initial reports that Microsoft would not have made substantial changes to its Surface line.

The two products would be in line with the rumors published by the expert Microsoft WalkingCat on Twitter, as well as with the speculations that followed in the months of at least one new Microsoft convertible equipped with an ARM processor. The code name Campus and Patagonia which should refer to the new Microsoft Surface 7 and 7 Pro.

some (old?) Surface codenames ? Harper ? Campus ? Patagonia ? Avery Island ? what are they ?
🧐

It is the same WalkingCat to suggest that the design of the new model Surface 7, equipped with a Qualcomm processor, could be different from that of the Surface 7 Pro, with thinner frames and LTE connectivity.

so… how about a Surface Pro with thinner bezel and LTE ?

As for the hardware specifications of the new Microsoft Surface Pro 7, we know that there will be the new tenth generation Intel Core i3, Core i5 and Core i7 processors. According to WinFuture.de, five models will be launched in Europe:

The Surface 7 instead will have on board the new Qualcomm processor, as already reported in recent months. Microsoft may want to replace the Surface Go line, as the adoption of ARM processors with LTE connectivity seems to be the logical choice for a line devoted to portability and mobile production.

Microsoft’s surface 7: Will there also be a Surface Pen?

It seems there will also be a new Surface Pen, code-named Katana, equipped with wireless charging in a similar way to the Apple Pen. Obviously, all this information is rumors: to have a confirmation we will have to wait for the presentation of the new Surface, scheduled for October 2nd.