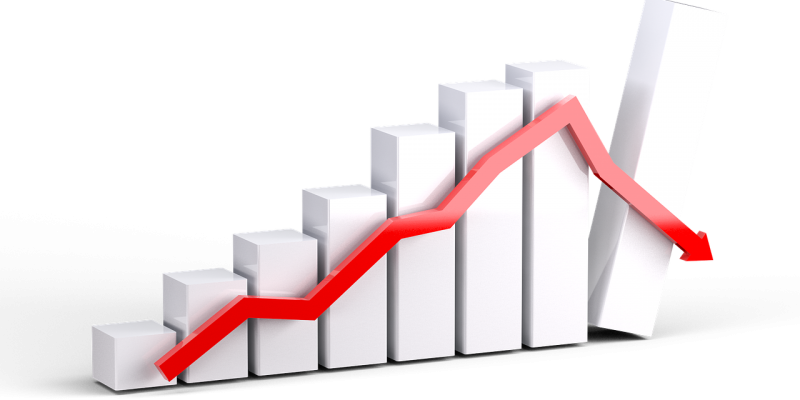 The equity and oil markets have widened to new lows as investors hurry to sell amid the COVID-19 pandemic. Bitcoin has shown a striking correlation to the stock market in recent weeks, but it ignored today’s crash and held above $5,100. The big question is: will it be able to withstand the pressure?

As has been reported many times, Bitcoin’s performance often follows the Dow and S&P 500 indices that are most representative of the US stock market. However, the largest cryptocurrency has moved sideways since last Friday, showing unusual stability amid substantial losses in traditional investments.

The two crude oil brands are currently traded at $25.40 and $21.28 respectively. Oil prices began to drop after Saudi Arabia practically declared a price war against Russia, thereby disbanding the OPEC + alliance. The world’s largest oil producer lowered its official oil sales prices and increased production at a time when oil demand was falling.

Investors are even dropping those assets that have normally served as a safe haven, including gold, silver and government bonds. This shows that everyone is looking for cash. The irony is that even cash is devalued as central banks work together to lower interest rates and pump money through quantitative easing in a coordinated effort.

According to Peter Boockvar, a chief investment officer of the Bleakley Advisory Group, the sale of government bonds proves that the end of the market has turned around. He told the Wall Street Journal:

“Now that you’ve come to the US Treasury, it tells you that nothing is legitimately legitimate. There is no other place to hide than cash. “

Is Bitcoin a Good Refuge?

Bitcoin has dropped more than 1.5% in the last 24 hours, according to Coinmarketcap data, but that’s a small step for the digital currency.

The crypto king might be able to defend itself against today’s market slaughter, but it could test new lows tomorrow or in the coming days as the panic doesn’t seem to have a bottom.

The number of coronavirus infections has just exceeded 200,000, more than doubling in the past two weeks. Governments are introducing travel bans that are affecting entire industries.

“It happens so quickly that it is almost too much to understand at the moment. It is at the point where it is a relief to check the futures at night and not go down. ”

It remains to be seen whether Bitcoin can act as a safe haven if the panic puts even more pressure on the markets. BitMEX trades over $5,200 on March 27th and June 26th, showing that investors are still confident at this point.

The only certain thing is that nothing is certain at the moment. But even if Bitcoin is testing new lows, it will be the first asset to recover when the panic goes away. That means we can now get BTC at a discount price.

Helicopter Money is coming – time to invest in Bitcoin?