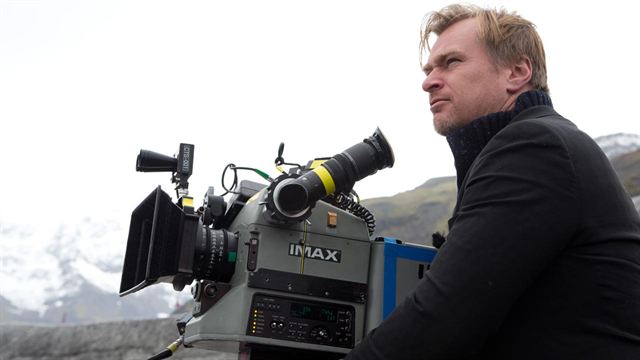 While film budgets in Germany usually equate to a state secret, one is looser in the USA with the information. Shortly before the theatrical release, the corresponding sources such as Wikipedia.com, BoxOfficeMojo or Imdb have these numbers ready for those interested. In Christopher Nolan’s romantic spy thriller ” Tenet “, however, the production budget has already come out during the recent filming in Estonia.

Producing studio Warner Bros  has a deal with film agency Film Estonia, which aims to provide a $ 5 million repayment for the production of “Tenet” in Estonia, reports the Estonian newspaper ERR News. This is currently being debated in the Estonian government. The cost share of production, which is shot in Estonia, should amount to 16.5 million euros (18.5 million dollars). Now comes the interesting: In the course of this negotiation, the total budget of the film came on the table: 200 million euros – equivalent to about 225 million dollars. Around 20 minutes of the season of “Tenet” should arise in the Estonian capital Tallinn, including even some key scenes. By hiring local workers for production, Estonia also benefits from Nolan’s factory.

This would make “Tenet” the second most expensive original film of all time – after James Cameron’s ” Avatar ” ($ 237 million), so the second most expensive film, based on a completely new original idea of ​​a filmmaker and not previously by predecessor, book template, etc., his potential for success has proven. In most cases, the big studios prefer to put their mega budgets into established franchise fabrics to minimize the risk. But the name Christopher Nolan is now so big and promising that Warner’s ” The Dark Knight ” director will get a whopping $ 225 million. His three most successful original films ” Inception ” (revenue: $ 828 million), ” Interstellar”(Revenue: $ 678 million) and” Dunkirk “(revenue: $ 525 million) together totaled $ 1.7 billion worldwide.

NOLAN AND HIS STARS WASHINGTON AND PATTINSON IN TALLINN

In terms of content, not much is known about the “Tenet” project, which operates under the strictest secrecy. It should be a romantic espionage thriller with a lot of action, which is filmed in seven countries (including in India and Italy). In addition to Washington and Pattinson, among others known cast are,  Elizabeth Debicki (“The Night Manager”),  Aaron Taylor-Johnson (“Godzilla”),  Michael Caine (“Interstellar”),  Kenneth Branagh (“Jack Ryan: Shadow Recruit”) and  Clémence Poésy ( “in Bruges”).

The budgets of all Christopher Nolan films: