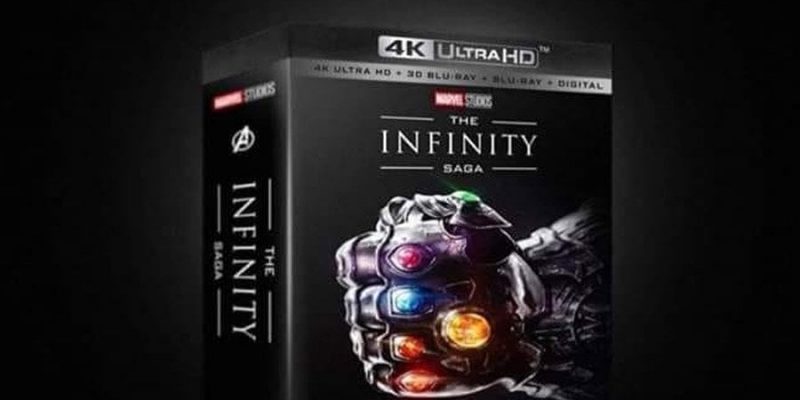 With Avengers: Endgame and Spider-Man: Far From Home officially ended phase 3 of the Marvel Cinematic Universe (MCU). In addition to going ahead with already very well-defined plans to expand it even further with phase 4 and phase 5, Marvel decided to group all 23 films that make up the first three phases in a single box called Infinity Saga Box.

The Infinity Saga Box as stated above will contain all the 23 films of the MCU, specifically:

At the moment there has been only a very first announcement of its existence, but we have no official information on the date of release of the Infinity Saga Box, nor on the possible availability in 4K HDR version (the latest films are available in this format but the first ones are not) and not even on the possible sale price.

What we do know is that, as an incentive to buy, Marvel will include special and unpublished content for each film, such as an exclusive scene cut from the first Iron Man with Nick Fury talking about Spider-Man and the X-Men.

Finding the status of your iPhone battery? Use the Macbook

iPhone 11 may have reverse wireless charging, disabled by iOS