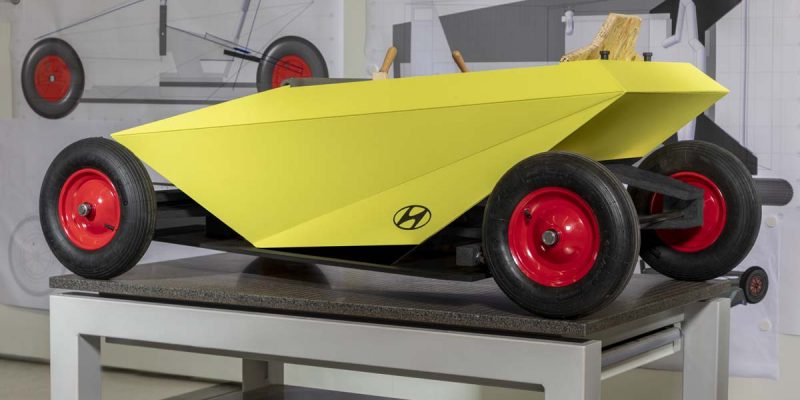 “In recent months, spending time together as a family has become more valuable to people. So we wanted to create a fun project to give families and friends an enjoyable moment that brings them together, ”explained Andreas Christoph-Hofmann, Hyundai Motor Europe’s Vice President of Marketing & Product. “Obviously the Hyundai Soapbox had to be affordable, so our designers developed it using materials that are easily found in DIY stores.” 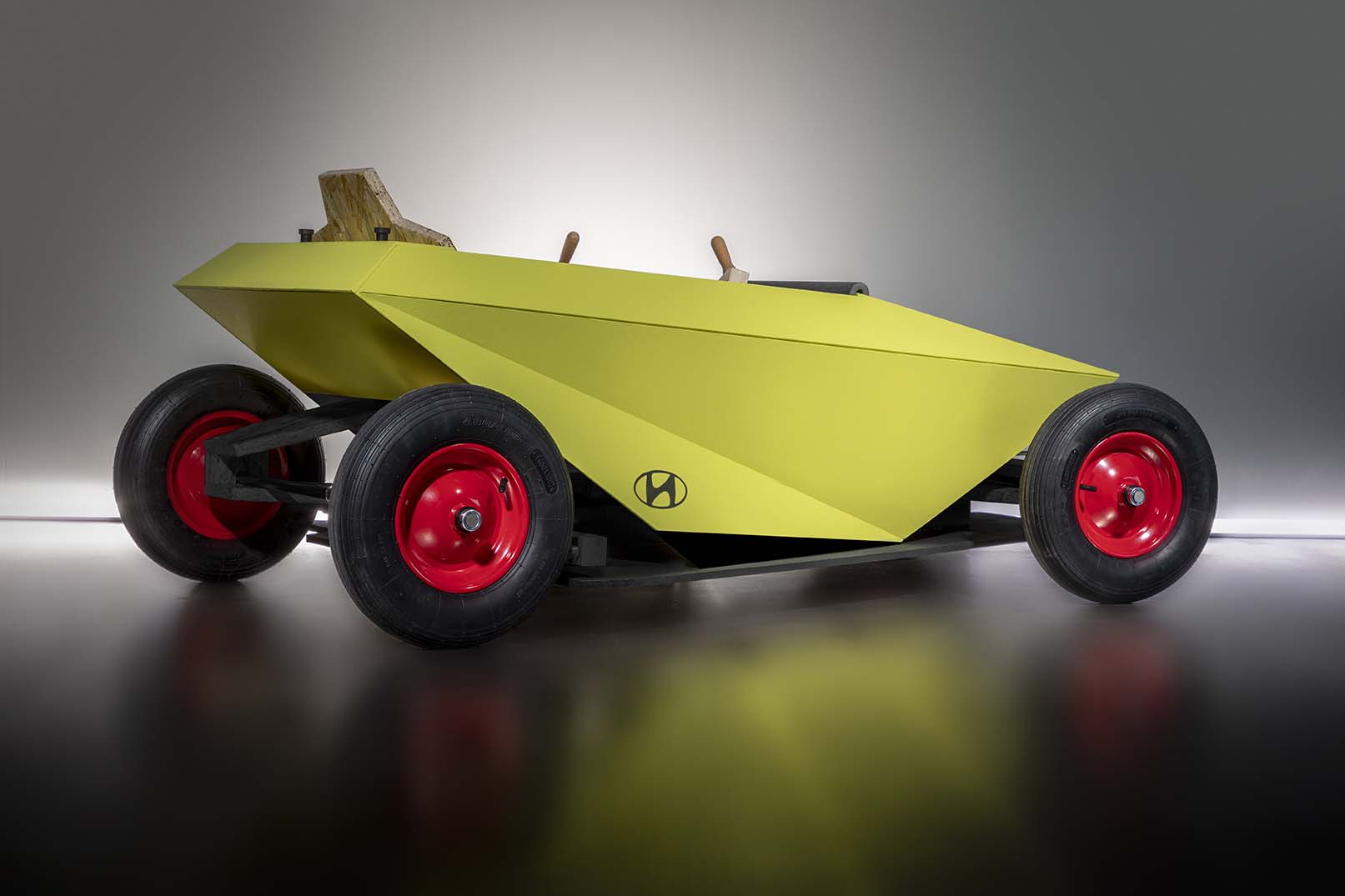 “When designing the Hyundai Soapbox, it was important for us to ensure feasibility,” commented Eduardo Ramirez, Head of the HMETC Exterior Design Team. “We didn’t want to embarrass the parents just to keep the original design. So when the project started to get too complex, we had to take a step back to rethink it ”.

The soapbox vehicle is made from wood, metal rods, and connecting materials such as rods and screws, while the wheels come from a wheelbarrow. The model has joysticks for steering and a simple mechanism for braking, and to keep faith with the company’s commitment to eco-sustainable mobility solutions, Hyundai Soapbox is made primarily of environmentally friendly materials such as wood and metal. Plus, while built for the size of a child, the soapbox car is capable of carrying the weight of an adult thanks to skillful engineering.

You can drive the soapbox up and down a mound, or ride around with two people pushing each other – which is what the HMETC team did during testing.

While it would be possible to install some kind of powertrain or engine in it, Hyundai chose not to, in order to keep the prototype a real soapbox – at least in this version.