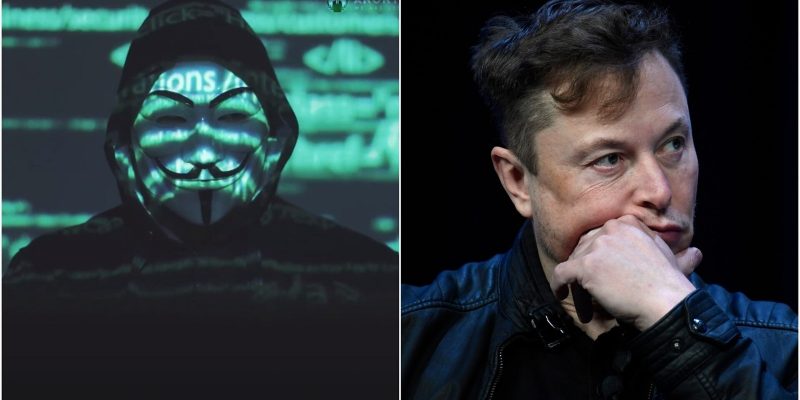 Elon Musk, CEO of Tesla, has repeatedly influenced the Bitcoin price with his tweets in the recent past. In a YouTube video, he is sharply criticized for this on behalf of the Anonymous. But what does it mean?

In a YouTube video published on June 4, 2021, an anonymous spokesman threatened Elon Musk and accused him of ‘abuse of power’. “This is a message from Anonymous for Elon Musk,” says a person with a distorted voice and the Guy Fawkes mask typical of the movement.

What follows is a four-minute settlement with the entrepreneur – including a threat. The background to the criticism is some tweets from Musk, with which he has demonstrably influenced the prices of various cryptocurrencies. The accusation: Musk did this consciously and sometimes had numerous existences on his conscience.

With his announcement to allow Bitcoin as an official means of payment at Tesla, Elon Musk gave the currency a real boom. Just a few months later, Elon withdrew his commitment.

Musk cited climate protection reasons and the high power consumption in the production of the means of payment – the so-called mining. But this approach caused astonishment in many places. After all, the poor CO2 balance of cryptocurrencies is a well-known problem, as was the criticism in the video.

But it wasn’t the first time that Musk’s tweets influenced stock and crypto prices. Whether consciously or unconsciously is an open question. However, some of his posts have been shown to have influenced the prices of the cryptocurrency Dogecoin, the messenger signal, and the marketplace Etsy.

Lots of tweets from Elon Musk have rocked prices and drove many investors out of their investments. But the video goes even further: The anonymous spokesman not only accuses Musk of calculus and narcissism but also criticizes the supposedly poor working conditions at Tesla.