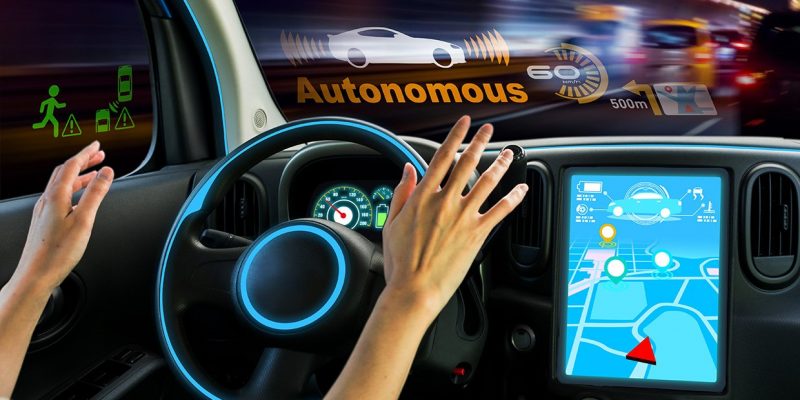 Often cited by the media, but generally misunderstood by the general public, what are the different levels of autonomy of cars? Tech Lapse enlighten you on the question by presenting you the specific features of each “level”.

As automotive technologies improve, the automatic features built into the latest vehicles bring new experiences to users. Gradually, the four wheels of our cities offers more and more successful driving assistance, and slowly, but surely moves towards systems that in the future will make an autonomous car 100 %. This is at least the ambitions of manufacturers and companies positioned on the niche, from Tesla to Google (Waymo) through Uber.

Today, the presentation of a new car ‘is usually accompanied by that of automatic level 1, 2 or 3, without being able to really distinguish them from each other. What do these features really mean? How many levels are there? Reference in this area, the organization SAE International has established an explanatory table. Not to mention the document of the CCFA ( Committee of French Manufacturers of Automobiles ) published in June 2018.

Look for no stand-alone functionality and driver assistance because it simply does not exist at this level. The control of a vehicle, both acceleration and braking as the steering, is done manually, from A to Z. The driver has full control of his machine, and must not distract his attention from driving. Only warning mechanisms such as a reversing radar or an alert related to an anomaly (lack of fuel, for example) support the user.

In this context, the vehicle system provides partial help with acceleration or braking – but never both at the same time – such as automatic emergency braking and adaptive cruise control. Power steering technologies, such as line breaking radar can also be introduced, as can the collision warning system.

Here, the driver remains totally responsible for his vehicle. The helpers accompany him on his journey, but do not take control of the car. Today, most motor vehicles are equipped with one or more Tier 1 technologies.

This slight evolution gives a bit more responsibility to the car system, but very little. Above all, the four wheels are able to handle both longitudinal control (speed and distance) and transversal control (trajectory). Keeping in the lane is also part of the mechanism, like the driving assistant during traffic jams (the driver does not have to touch the pedals anymore, but has to keep his hands on the steering wheel).

Once again, the user must remain attentive to his environment so that he can react quickly in the event of an incident. Being able to regain control of your vehicle instantly is not an option, but an obligation.

If only a slight gap separates levels 1 and 2, the one that separates levels 2 and 3 is more important. Vehicles begin to understand the surrounding environment by detecting specific road features, such as the cars of other users, the road and the lines on the ground. The car is even able to drive independently only under certain conditions, such as on the motorway, car parks and traffic jams.

But delegating some of the driving to the system should not distract the driver. The latter must indeed be ready to resume driving in a short time. What leave time to the system to prevent it via a visual or audible signal if the conditions of autonomous driving are no longer respected.

For example, with the Autopilot a Tesla of level 3 is able to drive alone on the highway. Doubling a car, respecting safety distances or keeping the vehicle in its lane are some of the features that are activated according to the country’s legislation, thanks to the myriad of sensors installed on vehicles of the American brand.

Level 4 is slowly but surely getting closer to the 100% autonomous. But not yet. Here, the driver can still “make a living” without worrying about the road. The system manages a trip on its own and performs a number of maneuvers without human supervision. Except that once again, level 4 is confined to very specific areas, such as parking and highways. If the driver does not respond, the vehicle must be able to self-manage, and stop, for example, on a motorway air completely independently.

Level 5 reaches the ultimate level of autonomy. The car is able to move from point A to point B without any human intervention, under any conditions (motorway, city, countryside). The 100% self-contained system even returns the pedals and steering wheel to the factory, since these parts of the vehicle simply do not serve anything. A stadium still far from being reached, although builders are killing themselves to the task to achieve it as quickly as possible.

YouTube: a new study lists the most popular keywords