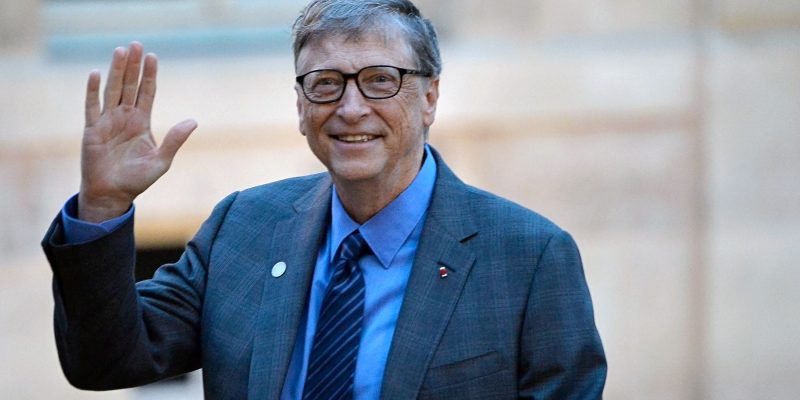 Bill Gates resigns from Microsoft’s board of directors to devote more time to philanthropic activities.

Gates, Microsoft’s co-founder in 1975 with Paul Allen, says he wants to focus on global health and development, education and the fight against climate change.

The second richest man in the world, according to Forbes, Gates, 65, also left the board of directors of the holding company of Warren Buffett, Berkshire Hathaway.

Bill Gates, who was co-founder, president, and chief executive officer, had gradually left his positions by resigning in the end, in 2018 from his last role of daily commitment, that of the director.

By announcing the decision Gates said that the company “will always be an important part of my life’s work” and that it will continue to be committed to its leadership. But he added: “I can’t wait for this next phase to be an opportunity to maintain the friendships and partnerships that have meant the most to me, continue to contribute to two companies that I am incredibly proud of, and effectively prioritize my commitment to face some of the most difficult challenges in the world “.

“It has been a tremendous honor and privilege to have worked and learned from Bill over the years. Bill founded our company with confidence in the democratic strength of software and a passion for solving society’s most pressing challenges. Microsoft and the world are better for this. The board benefited from Bill’s leadership and vision. And Microsoft will continue to benefit from Gates’ constant passion and technical advice to advance our products and services. I am grateful for Bill’s friendship and look forward to continuing to work alongside him to accomplish our mission of empowering every person and every organization on the planet to achieve more.

On behalf of our shareholders and the Board, I wish to express my deep appreciation to Bill for all his contributions to Microsoft. As a member of the board, he challenged us to think big and then to think big again. It leaves a lasting legacy of curiosity and intuition that serves as a source of inspiration for all of us “

At 20, in 1975, he founded the company in Albuquerque, New Mexico, with his childhood friend, Paul Allen, who died in 2018. Their big breakthrough came in 1980 when Microsoft signed an agreement with IBM to build the system operating which became known as MS-DOS.

Microsoft went public on the stock exchange in 1986 and within a year Bill Gates, at 31, became the youngest self-made billionaire.

Coronavirus: How to disinfect your Smartphone, Tablet and Smartwatch

WWDC 2020 will be online-only event: Apple