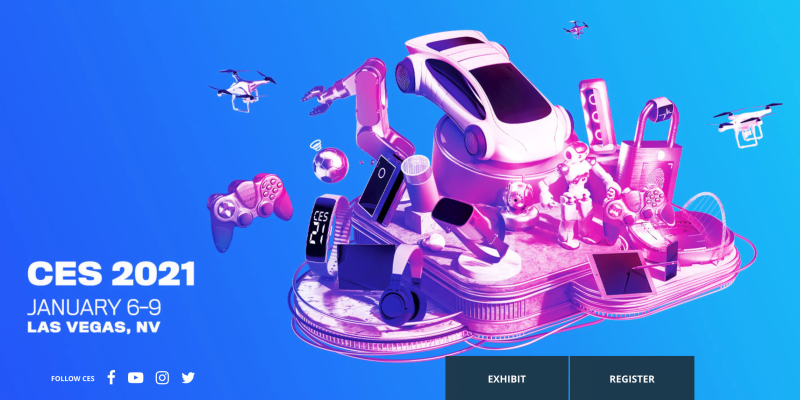 CTA, the association responsible for CES, announced that the CES 2021 of the fair that takes place in Las Vegas in January will be in person. The decision follows in the footsteps of another very important event that will take place in September this year in Berlin, Germany: the IFA.

The communiqué bets strongly on the control of the coronavirus pandemic for next year, but even so, it states that it will adopt some attitudes to hinder the contagion of COVID-19. Among the plans are the most frequent cleaning and sanitization in all pavilions, wider corridors and more space between chairs to avoid crowding.

The fair will also ask visitors to wear masks and avoid handshaking, along with reducing the number of touch stations like ATMs, inserting temperature gauges in some locations within the Las Vegas convention center, and increasing the presence of teams health and medical.

The CTA statement also says that many brands and companies confirm their presence at CES 2021, but it does not say which they are. The organization also says that the next edition will feature more live streams to take the information to more people, avoiding the need to attend in person.

This year’s CES was the last major event that occurred, as MWC Barcelona was canceled, along with other individuals such as Apple, Google I / O and WWDC, which would take place in person this month.

I think it is too early to say that in January everything will be ready for the largest consumer electronics fair in the world. Anyway, the 2021 CES is scheduled between January 6th and 9th of next year, in Las Vegas, United States.