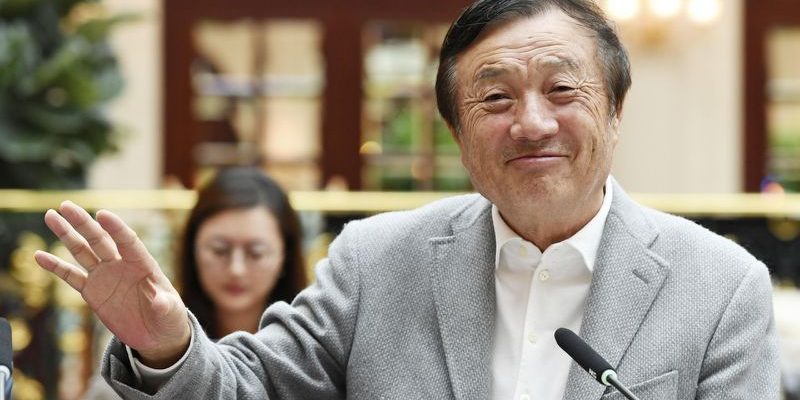 The third appointment with A coffee with Ren took place on Wednesday 6 November, during which Ren Zhengfei, CEO and founder of Huawei, talked with some industry experts, in a long talk coordinated by Stephen Engle of Bloomberg Television.

During the discussion, whose complete transcription is available at the source, there was talk of digital sovereignty, of security but also of trade war between the United States and China. In this regard, Ren Zhengfei says he is not particularly interested in the issue, as Huawei’s US sales are almost non-existent. Rather, the Chinese company is committed to understanding how to become completely independent of American suppliers after the blockade by the US government, with the sole exception of Google with which instead a close connection exists.

This does not mean however that Huawei wants to rely only on its own strength, at least not in the long term. Ren argues that growth is better if the ideas and innovations of many partners are exploited. Despite the sanctions, the Chinese giant has grown on the wave of what developed in the first part of 2019, but only in 2020 we will see the true strength of Huawei, which still intends to maintain its role as leader in the development and evolution of telephony mobile.

In the long run, the dialogue focused on security issues and faced with the umpteenth request for clarification on the possible presence of  backdoors in network devices produced by Huawei, Ren Zhengfei responded in a different way from what one might expect.

Rather than disprove any allegations, the CEO said:

“Huawei is a device manufacturer, and our responsibility is to verify that what we produce and sell is safe. We can promise this to any government around the world. However, as for car sellers, after our devices have been sold to operators, it is they who manage the data on their devices, and the data must be managed in full compliance with the laws of each sovereign state. We respect the laws of every state in which we operate. This is what we do to make information secure and reliable. Huawei has two responsibilities. The first is that we will never do anything illegal. The second is that we encourage the oversight of all governments on security.”

Ren Zhengfei says he is convinced of the goodness of the choice made by the German government, which has decided not to blindly follow the indications of the Trump administration and boycott Huawei. On the other hand, however, the choice of only one supplier for its 5G network infrastructure is not the best, regardless of the costs, and Huawei’s CEO believes that having more companies involved increases security.

Remaining on the subject of safety, the participants of the meeting found themselves by common agreement on the need to have legislation as uniform as possible, the only way to guarantee the security of user data. After all, one of the participants recalled that the United States, through the NSA, is able to listen to any telephone communication around the world, so not even the US is flawless from this point of view.

The USA itself proves to be short-sighted by preventing Huawei from using Google software, which in the end represents a sort of Trojan horse to be inserted into Chinese systems to bring the philosophy of the Californian giant even to the Far East. In this way, adds Ren, the United States is favoring companies from other countries, which are already working to replace American producers in the production chain. A policy therefore, that of the US government, which is judged to be unintelligent.

Europe, from this point of view, plays a key role, given that it has enough power to shift the balance or decide in complete autonomy, while it seems that too many countries, for fear of displeasing the historic ally, are adopting attendance tactics that prove counterproductive.

Despite everything, it seems that Huawei’s reputation, which has always put the user at the center of its system, is not particularly compromised, so much so that many telephone operators continue to believe in Huawei and its products.

And the same users, who did not believe that Huawei was able to continue despite the blockade, changed their minds after visiting the factories and realizing that at the moment everything is proceeding as before, rather better.

Finally, Ren talks about 5G, pointing out that at the moment there are no negotiations underway for the sale of its 5G technology to American companies. And remember that 5G is not a bomb ready to explode but a small toolbox that can be very useful for the development of numerous technological innovations. From this point of view Huawei has been good at betting on technology based on centimeter waves, which is more effective than other solutions.

The blockade imposed by the US also risks seriously damaging the development of 5G networks around the world, given that the competition, represented in this case by Ericsson and Nokia, does not have the capacity to replace Huawei in the construction of the necessary network infrastructures.

WhatsApp will soon deploy shopping catalogs on its platform.