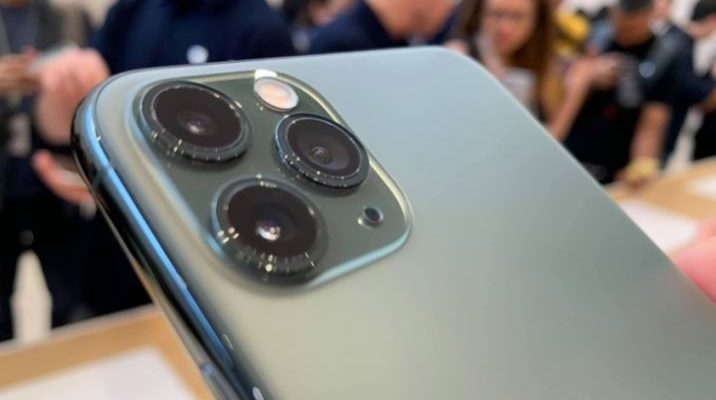 Those who watched Apple’s Keynote saw the company highlighting the new photographic capabilities of the iPhone. The company’s focus was on this area, but the new equipment has other, less prominent arguments.

We talk about the battery, which has now been put to the test against other major competitors. The results are staggering and the iPhone 11 Pro Max has rocked the Note10 + and other top Androids.

Although the battery capacity of the 3 new iPhones is unknown, they eventually went public. They are not a significant upgrade from last year in terms of capacity, but their current behavior is far from what was seen last year.

A battery test of the iPhone 11 Pro Max

The tests made were the same for the 5 devices, maintaining the same functionality and similar apps. It should be noted that the batteries of the equipment are different, with 3969 mAh, 3190 mAh and 3046 mAh for the iPhone. Android devices have 4300 mAh on Galaxy Note10 + and 4500 mAh on Huawei Mate 30 Pro.

As the tests progressed, it became obvious that the iPhone 11 Pro Max and Mate 30 Pro were dominated. The iPhone 11 was the first to run out of battery after 5 hours and 2 minutes. The second to suffer the power outage was surprisingly the Samsung Galaxy Note10 +, which endured 6 hours and 31 minutes.

Samsung Galaxy Note10 + did not resist

A little further we find the iPhone 11 Pro, which withstood 6 hours and 42 minutes. Curious to see this difference when the batteries of the first 2 iPhones are similar. The case of Samsung Galaxy Note10 + is also relevant, because it has a much larger battery than Apple’s 3 proposals.

The big difference came from the last 2 competitors. The Mate 30 Pro remained slightly highlighted at the top for part of the test, but eventually lost. It was the iPhone 11 Pro Max that I got the better at the end of the test. 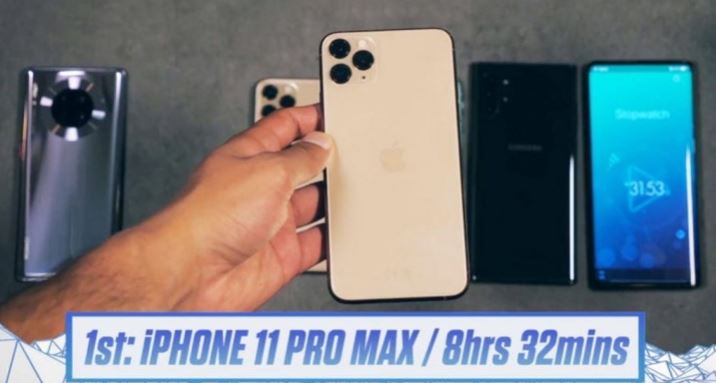 So we have for the Huawei Mate 30 a total duration of 8 hours and 13 minutes. The big winner was Apple’s top phone at 8 hours and 32 minutes. It’s only 19 minutes apart, but in this case it’s a lot.

Huawei Mate 30 Pro was a competitor at the time

The size of the 2 batteries is substantially different and the little more than 500 mAh separating these equipments represents much more. There is still work to be done by Huawei on its version of Android to get the new Apple device.

These are two smartphones with exceptional and longest running batteries ever tested. They are also approving of the developments already achieved in this field and which should be extended to others soon. Apple’s excellent work on batteries is also expressed.