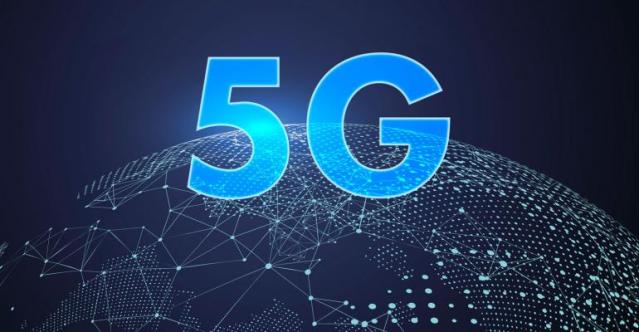 Is 5G dangerous? The most sought after question on Google in correlation with the new generation networks concerns the possible side effects of 5G such as its carcinogenic nature and its being potentially harmful to health .

On the other hand, public opinion is always afraid when it sees associating terms such as electromagnetic waves with a capillary diffusion on the territory of antennas of a signal that will literally revolutionize the world. However, like a lot of the news, it scares.

Also because in recent years and especially in recent months have come out numerous articles and some studies that would go in the least optimistic direction. But how much is there to believe in these theories? How to interpret data and regulations? We try to do some clarity.

Does 5G harm your health? The opposing factions

The opposing positions are well delineated between those who point the finger at 5G and those against the accusers, claiming that they stimulate a real media terrorism. Many conspiracy portals have ridden the wave of recent news revealed: like that of birds suddenly died in a Dutch city park. Other sources of information, also well known, recall studies.

For example, some also raise singular alarms like those of bacteria that would become antibiotic-resistant, but there is no concrete evidence to support.

The strongest and most peremptory position came from the 170 scientists who wrote an appeal together to postpone experimentation and allow the possibility of obtaining more useful results on long-term effects.

A request very difficult to fulfill not only for the delays on the experimentation of technology that would expand but also because of the potential population required for the observations. In this regard, the World Health Organization should be used as a reference, which has never found evidence of harm.

In fact, we start from a fundamental premise: the scientific community has not yet been exposed to it and has not yet issued a definitive answer, but at the present time there is no evidence that guarantees the safety of the 5G with certainty.

In short, ” does not fry the brain ” as the previous networks remained well below the levels of risk. However, like all next-generation technologies, we must wait to get precise indications on the long-term effects.

We can however rely on current networks with 2G working in frequencies between 900 and 1,800 MHz, the 3G between 1,900 and 2,170 MHz and LTE / 4G between 800 and 2600 MHz and no cause harmful radiation as ionizing electromagnetic waves are not emitted, but at the maximum heating. On the other hand, even all radio frequency devices placed on the market respect maximum exposure levels such as 8 Watt / kg for the body and 2 Watt / kg for body parts such as the head.

The prosecutors of the 5G are based on the fact that the operating frequencies will be much higher up to tens of GHz more than previous networks with harmful effects on the human body. Also because, given that the scope of the new networks will be smaller, it will be necessary to cover the territory with a greater density of antennas with relative proximity more likely between them and a large part of the population.

However, we often focus only on the details that would lead in the direction of danger, without looking at the other side of the coin: if the 5G has less ability to penetrate into barriers such as walls or obstacles, the same affects the body human.

In addition, the theses that associate the 5G frequencies to those of some weapons are unfounded, since they work at much lower intensity and it is useless to reply to those who denounce that the 5G would cause a resonance of the water molecules cooking like in a microwave. In short, we can welcome this technological revolution (that’s what will change in the world ) with less concern.

You must have confidence in 5G: Gianni Comoretto

How to interpret the data and what weight to give to those who say that 5G is harmful? The radio astronomer, Gianni Comoretto, works at the Arcetri Astrophysical Observatory and is also a member of the Cicap.

Our question is quite clear: the first research related to 5G on Google is about its dangerousness, not only because of hoaxes, but also for often contradictory information. Why is 5G a technology to trust?

” As for everything, we need to look for reliable sources. The Higher Institute of Health can not be equated with a call by 180 “scientists” from an imaginary private association. A journalist should be able to assess, as for a normal citizen it often becomes impossible.”

To date, there have been no health risks associated with the use of radio waves, at the levels permitted by the regulations. IARC has cautiously classified the exposure to radio waves for mobile phone users as “possible carcinogenic”, but telephonic repeaters are not included in this classification.

“The 5G does not substantially change the levels of exposure we are exposed to today, even if it presents some differences. It is important that civil society is involved in the definition of the rules, where they will change, but there are no reasons to consider it more dangerous than the thousand new things we encounter every day “

Paradoxically, 5G could be more “harmful” for its observation of radio waves emitted by the stars , why?

“The 5G is quite unpleasant for this, as it will make my job much more difficult. I am a radio astronomer. I look at the sky watching the radio waves instead of looking at the visible light. In particular I look at the radio waves emitted by molecules present in large clouds of gas, in our galaxy or even in nearby galaxies.

Studying these molecules is interesting first of all for the molecules themselves, the chemistry that takes place in these clouds leads them to produce the basic molecules for life. Today it is believed that these molecules, brought to Earth by comets during its formation, have been important for the birth of life on our planet. The radio emission then allows us to study in detail these clouds of gas: what is their pressure, density, temperature. How they move. How they evolve, to form new stars and planets.

But these radio waves are very weak. A radio telescope would be able to receive a cell phone on Mars. We receive the data of the space probes at the borders of the Solar System, billions of miles from us, and these probes transmit with powers similar to those of a repeater for telephony. Having a repeater a couple of miles is like having a lighthouse in the eye a meter away.

Up to now we saved ourselves because the radio frequencies that interest us were different from those used by mobile phones, the 5G will occupy the characteristic frequencies of many molecules, such as water and ammonia. It will become practically impossible to study them. We defend ourselves by moving on other frequencies, or in desert areas, but we will not be able to do the things that I describe here”.