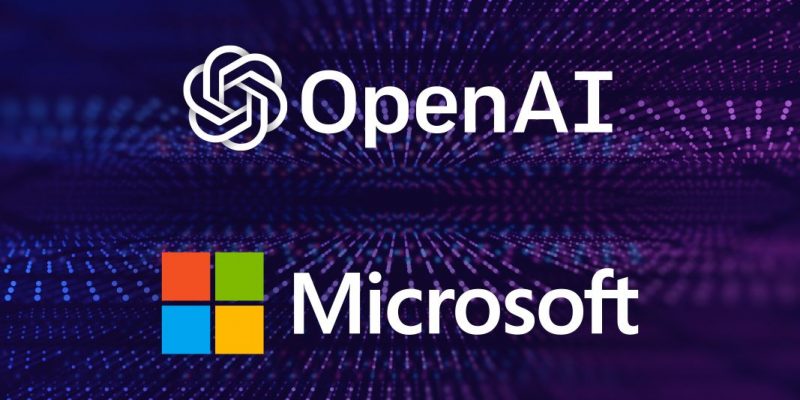 Microsoft and OpenAI have signed a multi-year contract, with the Redmond company putting in a billion dollars for the development of what is considered a (friendly) artificial intelligence accessible to everyone in the future. Microsoft will endeavor to support OpenAI’s work through the Azure platform, while OpenAI will be able to share some of the new technologies developed so far or in the future with Microsoft.

OpenAI is a company co-founded by Elon Musk, the founder of Tesla and SpaceX, and Sam Altman, president of the Y Combinator start-up accelerator. The basic idea is simple, although worthy of the best science fiction novel: to prevent artificial intelligence from becoming a threat to mankind.

THE RISKS OF ARTIFICIAL INTELLIGENCE

“It is difficult to realize how much society can benefit from AI at the human level,” says OpenAI, and that it is equally difficult to understand “how badly it can be damaged if produced or used incorrectly. ” Several times Elon Musk has warned against what could happen if a strong artificial intelligence were in the hands of a few people, and its mischievous use to the detriment of those who do not have the resources, financial and / or technological, to possess it.

“If everyone has AI, then there is no individual or small group of individuals who have AI with super powers,” and according to Musk this is the most effective defense. OpenAI is a project destined to last decades, a study on the possibilities of artificial intelligence in collaboration with external organizations and companies, such as Microsoft.

MICROSOFT AND AZURE AI WILL BE THE PIN OF OPENAI

Microsoft has invested a huge sum of money in this multi-year agreement: a billion dollars, which will add to the costs of support to upgrade its Azure cloud platform. OpenAI will be able to take advantage of the excellent network infrastructure offered by Microsoft as a private partner, and the two companies will work together to ensure that it is able to support the exceptional computational workload it is required to carry out.

Over the past 7 years the growing computing power available and the advances in artificial intelligence made by the excellent team of OpenAI researchers have led to important discoveries in the field of image classification, video games, translations, speech synthesis, image generation, robotic control and even the creation of texts from nothing.

GPT2, for example, is a technology developed by OpenAI and was not released to the public because it is considered dangerous if used illegally, specifically for the creation of fake news. It allows, given a tone and a topic, to generate an entire text. For example, when it was given as input the first sentence of the dystopian novel 1984 by George Orwell, GPT2 has produced a science fiction story in a plausible future set in China.

ARTIFICIAL INTELLIGENCE AT THE SERVICE OF ALL

A general artificial intelligence available for all is the goal of OpenAI, which continuously churns out new technologies that allow many companies to be able to confront the overwhelming power of giants with enormous resources, such as Facebook, Amazon and Google, which they use large amounts of proprietary data to develop their technologies.

“Artificial intelligence is one of the transformative technologies of our time and has the potential to solve many of the world’s most pressing challenges. By combining OpenAI’s technological advances with Azure AI’s super computational computing technologies, our ambition is to democratize AI so that everyone can benefit from it.” said Satya Nadella, Microsoft’s CEO.