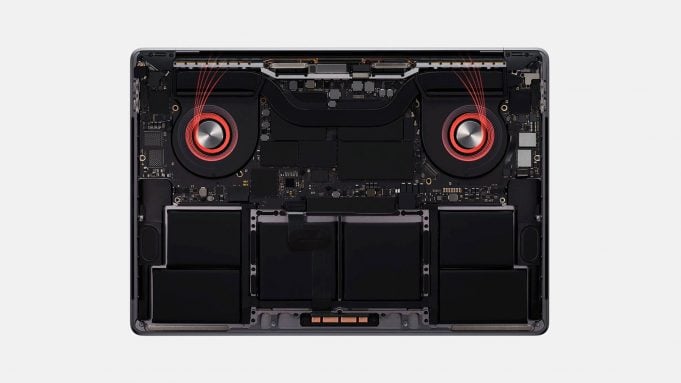 References to processors, graphics cards and APU from AMD are found in layers of code MacOS 10.15.4 beta 1. The first to report the curious presence of references to AMD products never supported by Apple on its Mac product line was the user on Twitter with the @_rogame handle.

The code alludes to the NAVI 21, Renoir, Picasso, Raven and Van Gogh platforms, but others may also be supported in the future. Apple may therefore have opened a test phase on the AMD chip, suggesting that in the future we may find ourselves with Mac and MacBook with a processor provided by AMD rather than Intel.

The references to the Navi 21 platform are fascinating. According to rumors, the video cards based on this architecture could be up to two times better than the Navi 10 chips that currently make up the AMD Radeon 5700 XT.

Obviously these are high-profile graphics cards, intended for high-end products such as the new Mac Pro, so we don’t expect to see this type of product inside a laptop like MacBooks. However, it remains undeniable that Apple is paying close attention to its line of products dedicated to professionals who demand maximum performance, as well as the nomenclature of its products that differentiates the top devices from the rest.

In recent months we have seen the 16 ″ MacBook Pro, with a 13 ″ model coming soon, the Mac Pro, the iPhone 11 Pro and Pro Max; even the AirPods Pro, which add a killer feature such as active noise cancellation and a renewed in-ear design compared to the ‘normal’ AirPods 2.

Many of the references in the macOS Catalina 10.15.4 beta 1 code concern AMD APUs: these are particular chips that contain both processor and graphics card on the same die, or the rectangular plate on which the electronic circuit is made, with performance often superior to their Intel counterparts.

AMD processors are based on the same platform as Intel, with the advantage of usually having lower costs and a higher performance / price ratio for the same reference range. To this we must add that Apple has not been very happy with its relationship with Intel in the last year, with continuous delays in the delivery of the chipsets that has forced the company to adopt older components to cope with the sales of the MacBooks.

AMD does not seem to suffer from these problems at the moment, in addition to the fact that the company has been working with Apple for years, implementing its graphics cards on high-end products such as Mac Pro, iMac and MacBook Pro. In recent weeks there is also rumor that Apple plans to announce soon a Mac dedicated to gaming professionals, with a price that is around 5000 dollars: the adoption of Ryzen processors would increase the company’s profit margins, compared to Intel processors.

Apple will certainly not abandon Intel, but AMD’s CPU and APU support in certain product ranges seems to be a solution that the company is examining, judging by the references found in the macOS Catalina code. If a new partnership is announced in the future, perhaps on the occasion of the WWDC, the WorldWide Developers Conference, only time will tell.

Xiaomi could launch smartphone with a 256 megapixel camera