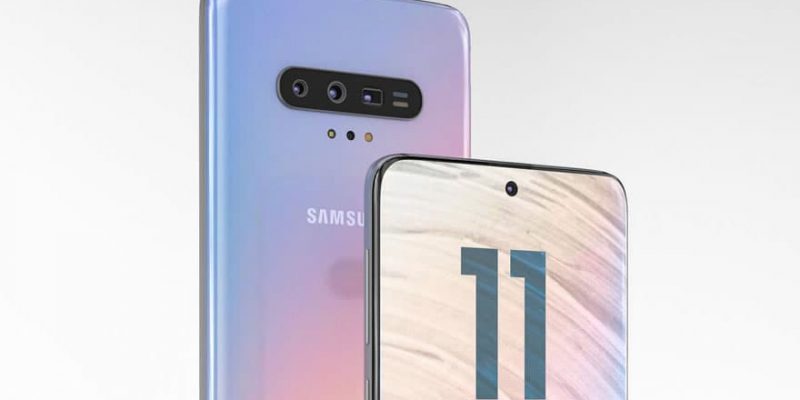 Samsung is working on the next high tech Galaxy S11 device for its lovers. As it usually happens, at the beginning of the year the South Korean company puts on the market what will be one of the most advanced smartphones for the year 2020. So, as is normal, rumors, renderings of the appearance and some news that have fit. The inclusion of a spectrometer, as well as new lenses, reinforce the bet on image capture.

Photography still seems to be the highlight. However, we will not see the company belittling other innovative features, such as health and wellness aspects.

There are few possible certainties for the look of the Galaxy S11. Images of renders taken by certain channels closer to the brand may give a clearer idea of ​​what is to come. This way, using the advanced images from Phone Arena, we see very thin margins that give a more elegant touch. 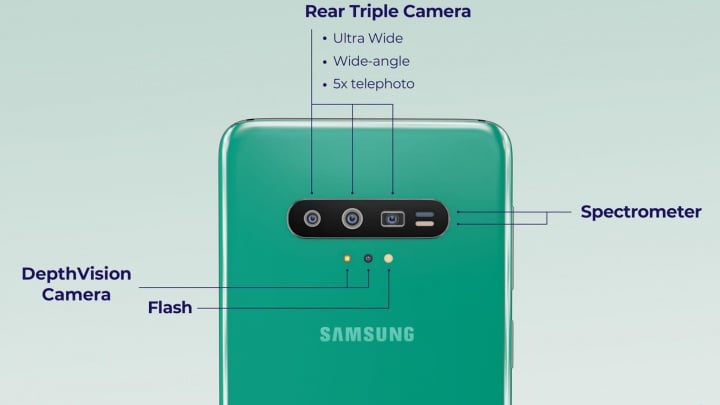 Currently, following some rumors, the front camera assumes a hole in the screen instead of being placed in the upper bezel. A feature that was already assumed in the previous version.

Galaxy S11: Revolution is in the back and the inclusion of a spectrometer

As you can assume from these images, the change actually happens on the back. Despite the fact that the 3 rear camera model is repeated, the most radical changes may come, for example, from the use of a larger sensor which may be 108 megapixels. This would be accompanied by a wide angle lens and another telephoto lens that uses the periscope zoom method to provide 5x optical magnification.

Another component on the back is the aforementioned spectrometer. This optical instrument is used to measure the properties of light in a certain range of the electromagnetic spectrum. Thus, inclusion in this smartphone will enable the use of infrared light to analyze the chemical composition of an element. 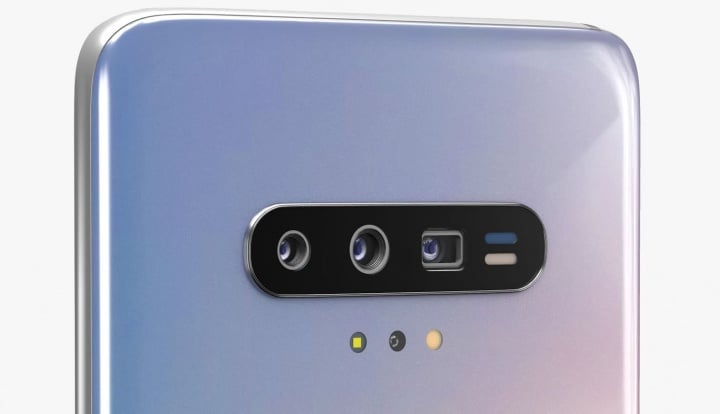 This instrument throws infrared light on an object and then reads the value of the energy waves that are recovered to determine its composition. This is a technology that NASA has been using for decades to determine the chemical composition of distant stars and planets.

What’s good about spectrometer in a smartphone?

The utilities of the spectrometer can be broad. For example, it is possible with this technology to know aspects of skin health, to determine the alcohol content of a drink or to know the nutritional values ​​of a fruit.

The scenarios are immense, both in the health and wellness fields, where Samsung can also innovate, as Apple did.

In addition to the spectrometer, on the back of this Android Galaxy S11, there is also the flash needed to improve the quality of the photos. It will clearly be a bet on the quality of night shooting or in low light environments. In addition, there are references in this technology gambling game to the inclusion of the two-sensor depth view camera.

The bet for the image market is very high. Samsung knows that you can not miss the chance to mark this segment with its imprint. Apple and Huawei gravitate with very strong bets. Undoubtedly, the user is the winner, in this joy of innovation.

Galaxy S11 prepares to give iPhone 11 Pro a tough time?

Over the next few weeks, and by January 2020, many of these possible novelties will be refined, others removed and even more materialized.

Currently, given the breakthrough with the iPhone 11 Pro Max, Apple has made it clear that it will not give Samsung any margin, but it seems that the South Korean company will push the boundaries.

With Huawei HiCar you can control the car from your smartphone