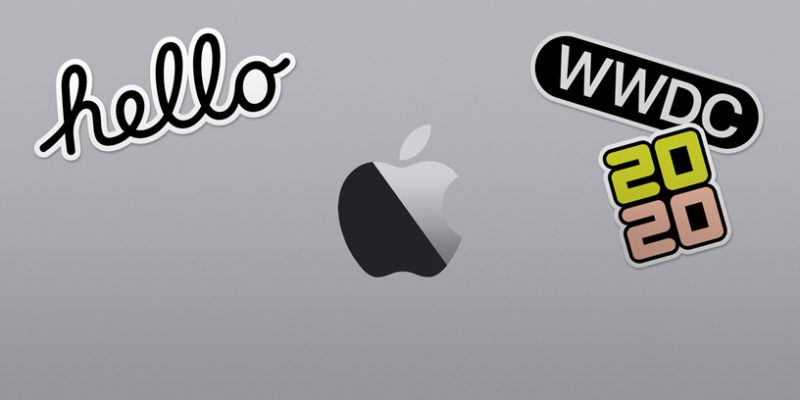 Apple has just confirmed that its 31st edition of the WWDC event for developers will not have an audience in the room.

This event will be held online during the month of June. Thus, even though it is still several months away, COVID-19 forces Apple to change the structure of its actions, even in this presentation that is chosen by the company to announce the new versions of its operating systems, such as iOS, WatchOS or tvOS.

This event will mark that which is one of the icons of the company in the presentation of news in terms of its software.

WWDC 2020 for developers will go online

These announcements are not surprising, not least because Santa Clara County, where the Apple campus in Cupertino is located, last Wednesday banned mass meetings in the municipality. If we add that a WWDC brings together about 6000 participants, it was to be expected that the Apple event would not be held in the traditional format.

Instead of a face-to-face conference, Apple will display its news in a video conference.

According to Phil Schiller, Apple’s vice president of global marketing:

The current health situation required the creation of a new WWDC 2020 format that offers a complete program with a speech and online sessions, offering a great learning experience for the entire community of developers in the world. We will share all the details in the coming weeks.

And the event to announce the iPhone 9?

As we have been following, Cupertino’s company was supposed to announce a new iPhone this month. At stake will be the iPhone 9 that will continue the segment started by the iPhone SE. In addition, the new iPad Pro and other rumored products would also be aligned.

Apple sources told John Prosser that the event was “officially canceled”, but that the products will also be announced. On the same day, Apple urged its employees to work from home to prevent coronavirus again. Currently, in Santa Clara, there are more than 30 infected.

Likewise, the outbreak of COVID-10 will be causing delays in the development of the company’s new products. Thus, the development of the iPhone 12 may already be delayed, which may change a lot and until the presentation date, which is usually in September. Therefore, all of this will already be thought out and resolved, but what will happen is without the physical presence of the fans.

Also updated is the information that the company shared in February, through a statement, that “we do not expect to comply with the revenue guidance we provided for the March quarter due to two main factors“. One factor is the location of the iPhone’s manufacturing units. The factories in China are not yet working to fully supply the demand for the equipment. The second factor is Apple stores that are still closed in China and other countries. Two reasons that significantly limit the distribution of new equipment.

Apple is just another one to cancel its events after many others have already done so.

Breaking: Bill Gates Steps Down From Microsoft’s Board