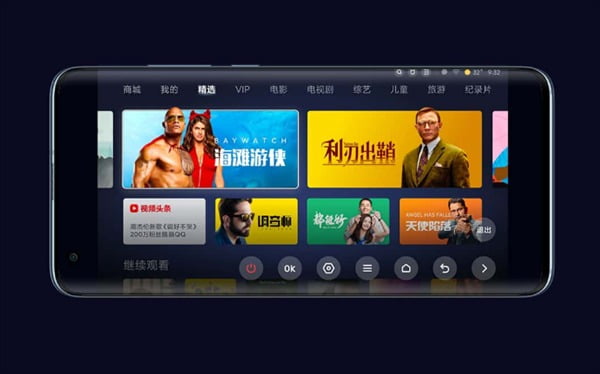 Xiaomi has announced the launch of Xiaomi for TV 3.0, the interface used on the oriental markets in the smart TVs of the Chinese giant. The interface that makes extensive use of non-linear animations is definitely renewed, taking up the style admired on MIUI 12, which certainly does not go unnoticed.

In the gallery, you immediately see the difference, with the new MIUI for TV 3.0 on the right side which is much more lively. The appearance of the player and the page dedicated to the details of the selected content was also improved, displaying everything on a single screen.

Together with the TV interface, the app dedicated to the smartphone is also renewed, which can be used as a remote control with numerous modes: gamepad, to make the most of the games, microphone mode, to manage everything via voice commands, or a remote control more traditional even if enriched by a renewed design and new functions.

It is easier to download applications, which can be installed on the smartphone and then transmitted to the TV for the final installation. And to get a clearer picture of the interface, you can activate the reverse control that projects the TV interface on the smartphone to control the new interface more effectively.

The feature is obviously reserved only for the Asian market, while in western markets, starting from Europe, Xiaomi TVs use the traditional Android TV interface. However, it is not excluded that Xiaomi does not decide to break the monotony of an interface that would deserve a modernization and bring MIUI for TV also on international markets.

TikTok to split from ByteDance to avoid political pressure