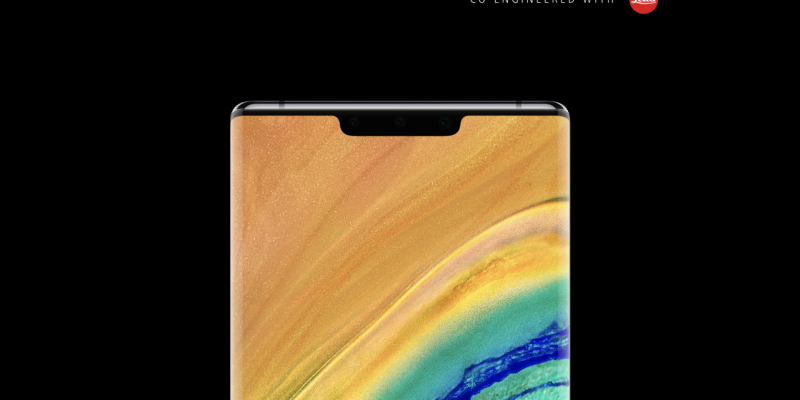 Huawei Mate 30, Mate 30 Pro and Porsche Design Huawei Mate 30 RS are officially announced, as expected about a month earlier than their predecessors, unveiled in October. The presentation of the new flagships took place in Munich, which on other occasions has already hosted important events organized by the Chinese manufacturer.

For Huawei this is a somewhat complicated phase due to the ban-USA issue, and it is in fact the first time that the company has introduced products with an Android operating system without Google services (no HarmonyOS, not ready for smartphones, at least at the moment).

Features and Specifications of Huawei Mate 30 and Mate 30 Pro

Huawei Mate 30 and Mate 30 Pro constitute the first series of second-generation 5G products. Smartphones have some differences in terms of technical features and design. We will discuss the second question in the dedicated paragraph, while here we try to focus on the specifics; Mate 30 and Mate 30 Pro differ primarily in size: the first can count on a 6.62 display, the second on a 6.53 Waterfall type (i.e. curved on the sides), in both cases with AMOLED technology and Full-HD + resolution (1176 × 2400 pixels). 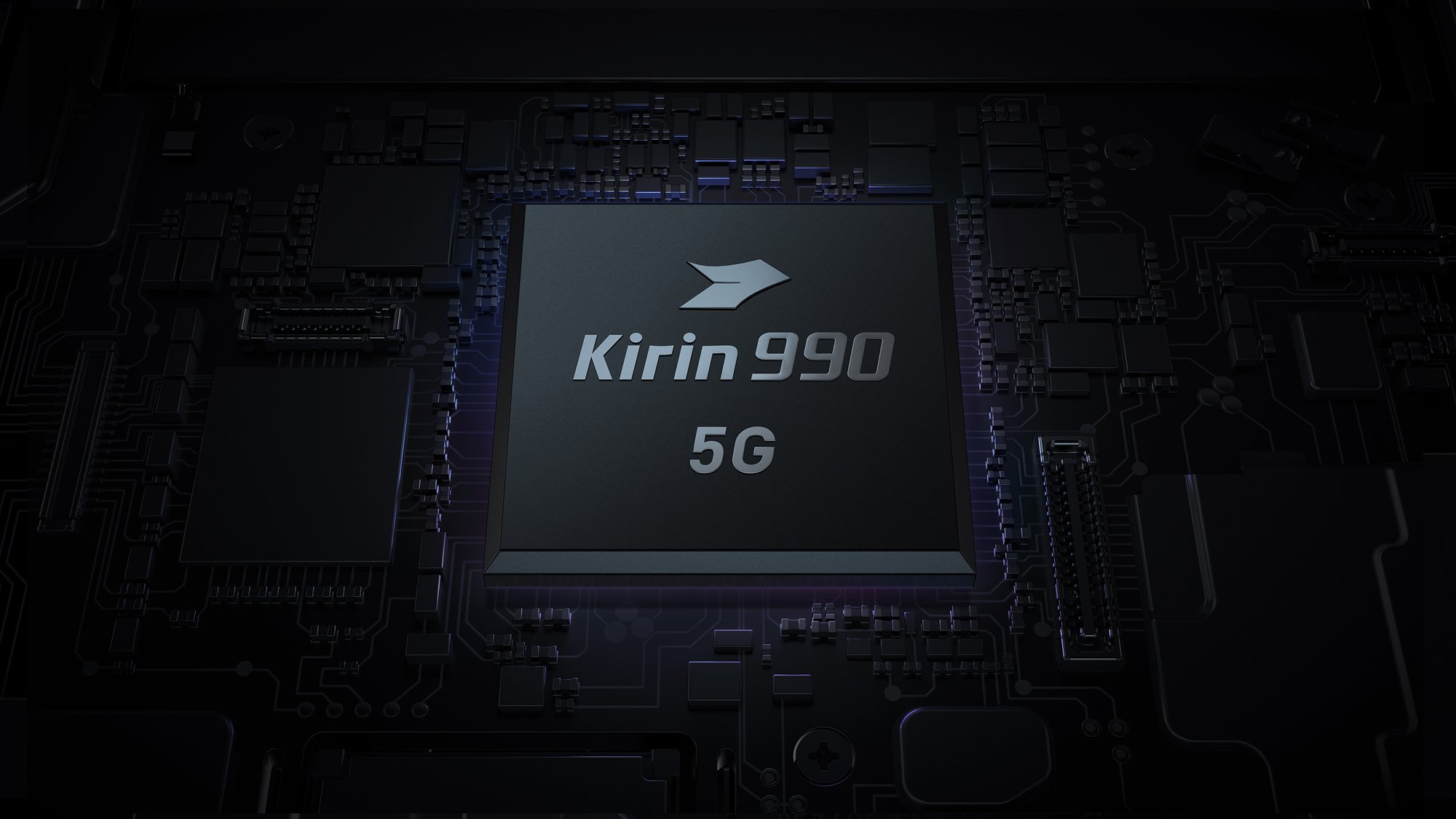 Differences also in the memories, where Mate 30 stops at 6 GB of RAM and 128 GB of internal storage (expandable via microSD) and Mate 30 Pro goes up to 8 GB of RAM and 256 GB of storage (always expandable). The heart of the devices is the 7-nm HiSilicon Kirin 990 5G SoC with octa-core CPU from 2.86 GHz, 16-core Mali-G76 MP16 GPU and triple da Vinci NPU for “tasks” related to Artificial Intelligence.

This is the first chipset that integrates the 5G modem, without needing “help” from the outside (with everything gained in terms of efficiency and space). It offers dual SIM dual standby connectivity with 5G Non-Standalone (NSA) and StandAlone (SA), 4G, 3G and 2G.

The photographic compartment of the Pro version is composed of a quadruple rear camera (with SuperSensing Cine Camera) and a front 32 MP camera, accompanied by a ToF sensor. On the back, 4 Sensors: 3 RYYB 40 MP, with aperture f /1.7 and optical stabilization, the wide-angle 3: 2 of 40 MP RGGB 1 / 1.54 inches, the 8 MP tele with 3X optical zoom and the 3D sensor for depth of field and the effects of Augmented and Virtual Reality (AR and VR). On the front there is a 32 MP main sensor, accompanied by a ToF and one used for the three-dimensional recognition of the face.

The SuperSensing Cine Camera is the main dual camera system capable, according to Huawei, of rivaling high-end cameras. Among its features and functionality are Ultra Wide Night Shot (an example shot in the photo below), ISO up to 51200, 4K video at 60 fps, ultra slow-motion up to 7680 fps (at 720p, 960 fps at 1080p), 4K Low-light Ultra-wide time-lapse video. The 8 MP tele offers a 3x optical zoom, a 5x hybrid zoom and a digital zoom up to 30x. Everything sees the presence of OIS and AIS (AI Stabilization). 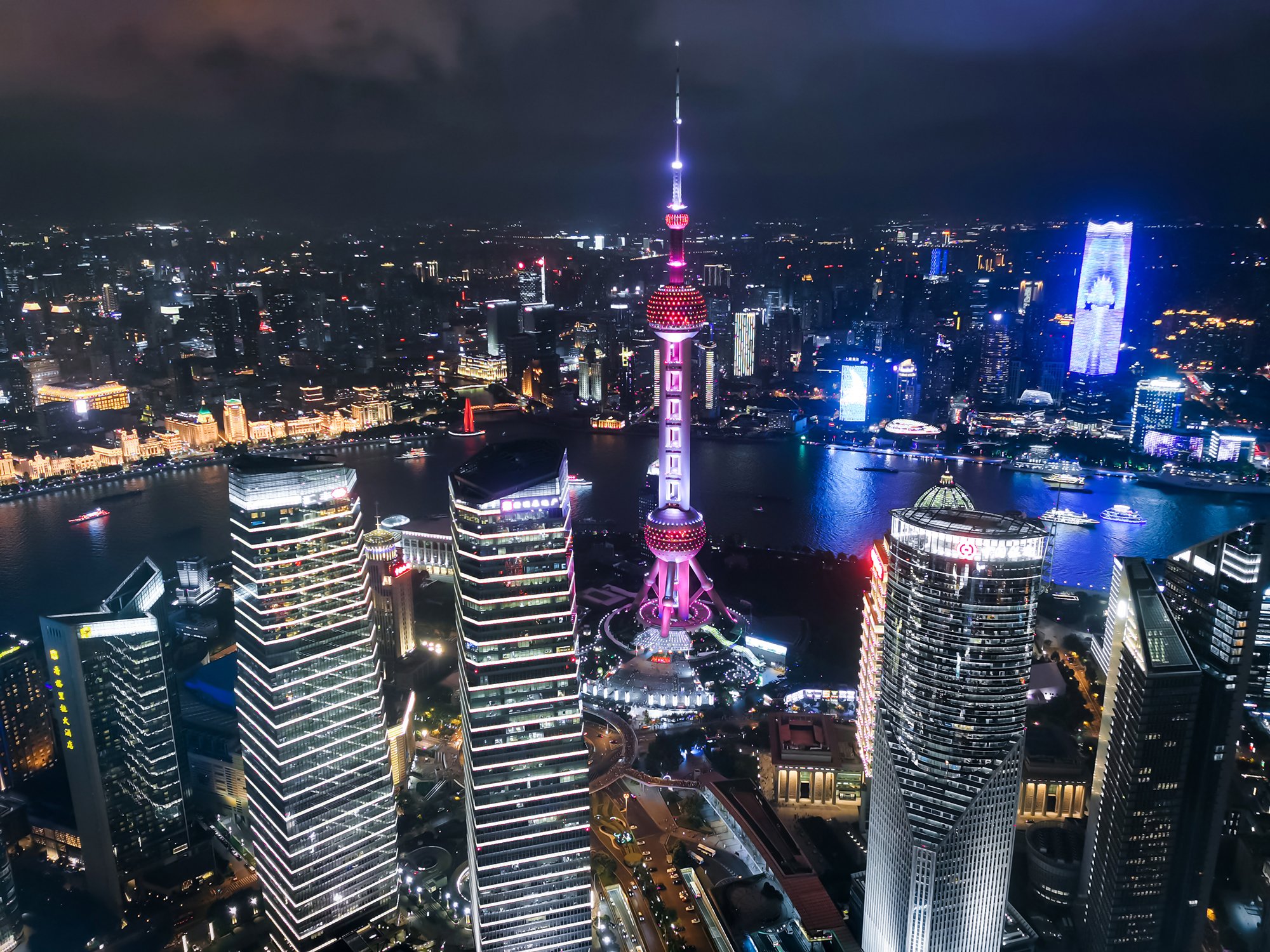 Read also: Pixel 4 will be announced on October 15 in “Made By Google” Event

For unlocking, in addition to the classic methods (PIN, password, sign) the owners of the new top of the range will be able to count on a fingerprint sensor integrated in the AMOLED display and, as anticipated, on Huawei 3D Face Unlock (Pro model only), with three-dimensional recognition of the face, measurement of heart rate and respiratory rhythm.

The battery, as usual for the Mate range, is generous in both cases: on the Mate 30 there is a 4200 mAh unit, while on the Mate 30 Pro it reaches 4500 mAh with SuperCharge wired to 40 W and Wireless Huawei SuperCharge from 27 W. On Mate 30 Pro the sound is spread with Huawei Acoustic Display technology, which provides high quality audio directly across the screen. Also, present is the reverse wireless charging function to take advantage of the leftover charge so as not to leave other devices on foot. 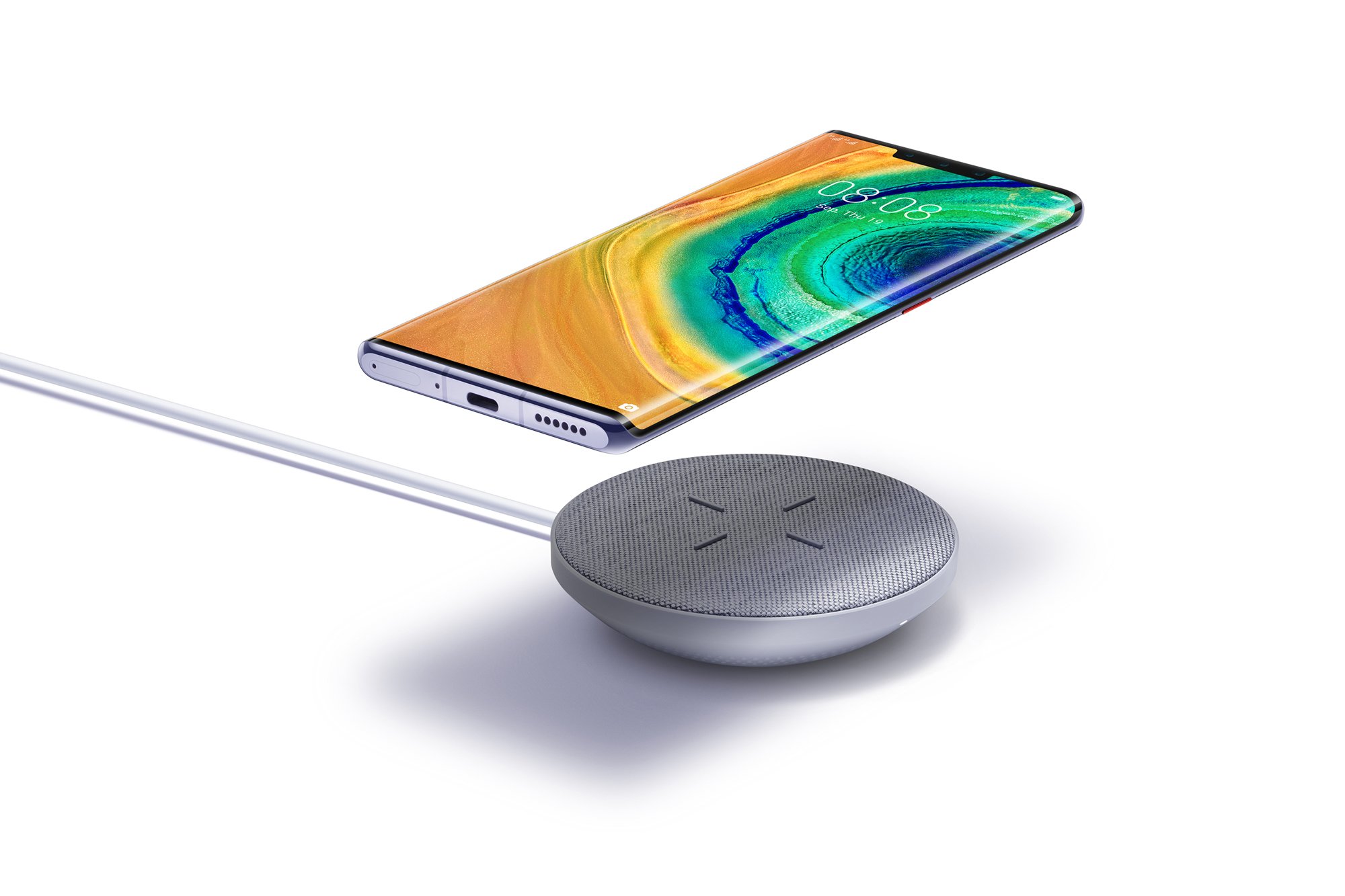 So let’s have a nice overall look at the specifications/features of Huawei Mate 30 and Mate 30 Pro, in order to better appreciate the differences:

Huawei Mate 30 and Mate 30 Pro are similar, yet not too similar. At first glance, you can see the differences in the design and appearance of the two smartphones, even starting from the front only the first has a flat screen with a smaller notch, while the second has a curved display on the sides (Huawei calls it Waterfall) and a rather generous notch, due to the presence of sensors for 3D face recognition. In both cases the OLED displays are surrounded by tiny frames, even if the Pro model has a greater effect thanks to the use of curved glass.

The back is similar despite the differences in the photographic field. Both have a circular photographic form positioned in the center, where the four sensors of which we have spoken above are placed. The manufacturer has thought of a circle that gives more character to the design level and recalls the generous lens of a real camera. Mate 30 has a less angular design in general and a smaller notch. 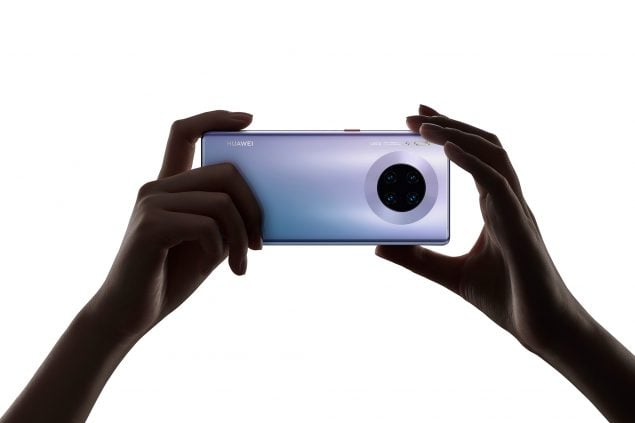 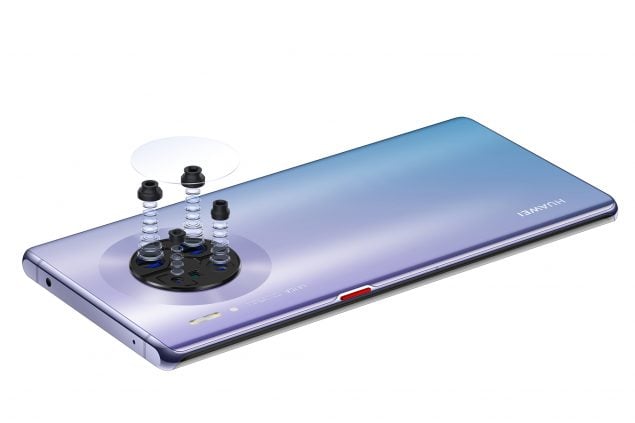 At the launch, Huawei Mate 30 and Mate 30 Pro will operate on Android 10, which is the latest version of the Google’s operating system, complete with EMUI 10, the latest release of Huawei customization. The sore point is that this is based on open source Android and lacks Google services (Google Mobile Services, or GMS), which have not been integrated due to the ban that has seen the Chinese company as a protagonist in recent months.

Huawei has made the choice to keep Android as their “preferred operating system” for smartphones in the range. Instead of Google services, we find Huawei Mobile Services, which includes the Huawei AppGallery store, which acts as the Play Store for downloading apps.

Huawei Mate 30 Pro can count on the Intuitive Side-touch Interaction function, which takes the place of the physical volume buttons by making virtual keys “invisible” users can customize the position on both sides of the device. As already mentioned above, for unlocking the smartphone offers a fingerprint sensor integrated in the display and Huawei 3D Face Unlock, which uses the front cameras.

The EMUI 10 provides several other features, including the Always-On-Display (AOD) with colors that change during the day, the Dark Mode so as not to strain the eyes in the evening, the AI ​​gesture controls for interactions without touching the display, HiCar to connect to the car infotainment and Multi-screen Collaboration to transfer data and control multiple screens.

A separate paragraph, in order to avoid any confusion, deserves the new Porsche Design Huawei Mate 30 RS. The new “luxury” smartphone shares almost everything with Huawei Mate 30 Pro and differs above all from the aesthetic side. The front glass has a large display with curved edges, while on the back there is the quadruple camera, inserted in a rectangular glass panel, which runs through almost the entire body and acts as a contrast with the rest, in leather (black or red). At the center is the Porsche Design logo, while lower is the Huawei logo.

Price and release of Huawei Mate 30 and Mate 30 Pro

The smartphone will be on sale by the end of the year in Emerald Green, Space Silver, Cosmic Purple, Black, Forest Green and Orange colors. The price will be 1099 euros for the 8-265 GB version and 1199 euros for the 5G version (always 8-256 GB).