By Umair Ahmed
May 19, 2020
GlobalHeadlinesHuawei
Join us on Telegram!Click To Join

The USA imposed more restrictions on Huawei’s business with American companies, but that didn’t stop the company from launching the Honor MagicBook Pro: it has a 10th generation Intel Core processor, Nvidia MX350 graphics chip and Windows 10.

The Honor MagicBook Pro 2020 has a 16.1-inch screen with 4.9 mm thin edges, taking advantage of 90% of the front. It achieves this, in part, thanks to the positioning of the webcam: it is pop-up and is on the keyboard next to the function keys.

There are two processor options: the Intel Core i5-10210U or the Core i7-10510U. Both models come with an Nvidia MX350 graphics chip, 16 GB of RAM and a 512 GB SSD. Huawei put here a performance mode activated by the Fn + P key combination, which increases CPU and GPU performance by 8% and 15%, respectively.

Huawei can only do business with American companies if it has authorization from the U.S. government, something is usually granted only when there are no national security risks.

Last year, Intel filed orders to sell processors to the manufacturer. “We don’t think this is of concern if the aim is to protect national security,” CEO Bob Swan explained to CNBC last year. 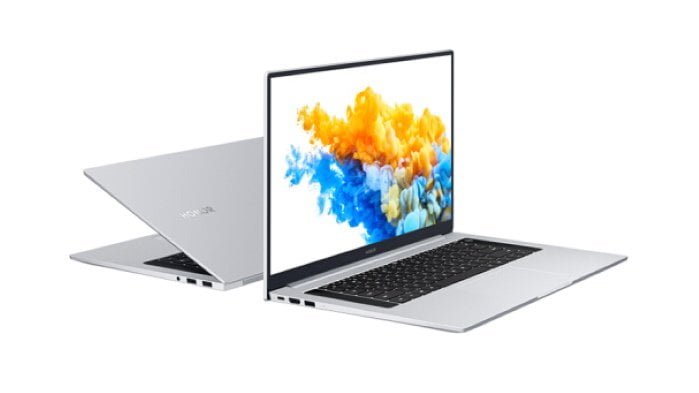 Some time ago, Huawei had to postpone the launch of a laptop because it could not negotiate with Microsoft to license Windows 10. A few months later, it launched several notebooks with Deepin Linux.