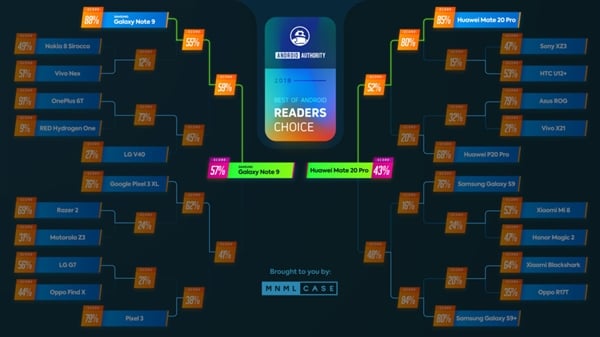 A total of 24 models were selected in the voting, including 13 domestic models, which accounted for more than half of the country.

Previously, this vote has already advanced to the finals. Samsung Galaxy Note 9 is against Mate 20 Pro, and both will compete for the readership selection champion.

The Android flagship of the 2018 that was originally selected by Android Authority was Samsung Galaxy Note 9. The popularity of good products is indeed quite high.

Among them, the Samsung Galaxy Note 9 won the championship and the 6T and Google Pixel 3 XL entered the finals, while the Huawei Mate 20 Pro also defeated the HTC U12+, Huawei P20 Pro and Samsung Galaxy S9+.

The voting Android Authority has collected 450,000 reader votes, which roughly reflects the attitude of foreigners towards the Android flagship this year.

Material Design Theme Is Rolling Out To Google Translate Web