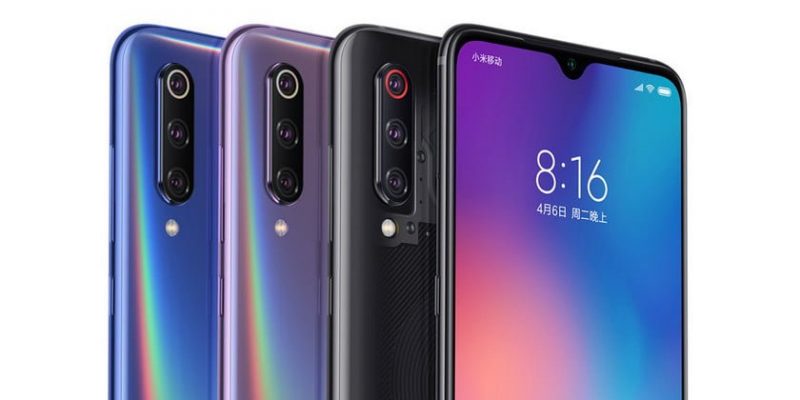 The creators of the benchmark AnTuTu published a fresh top of the most productive mobile devices in February. The first place in the ranking of Android-smartphones was taken by the flagship of 2019, Xiaomi Mi 9. In China, its sales started on February 26, and within a few days, users managed to test more than a thousand devices (this is the minimum threshold for being listed). 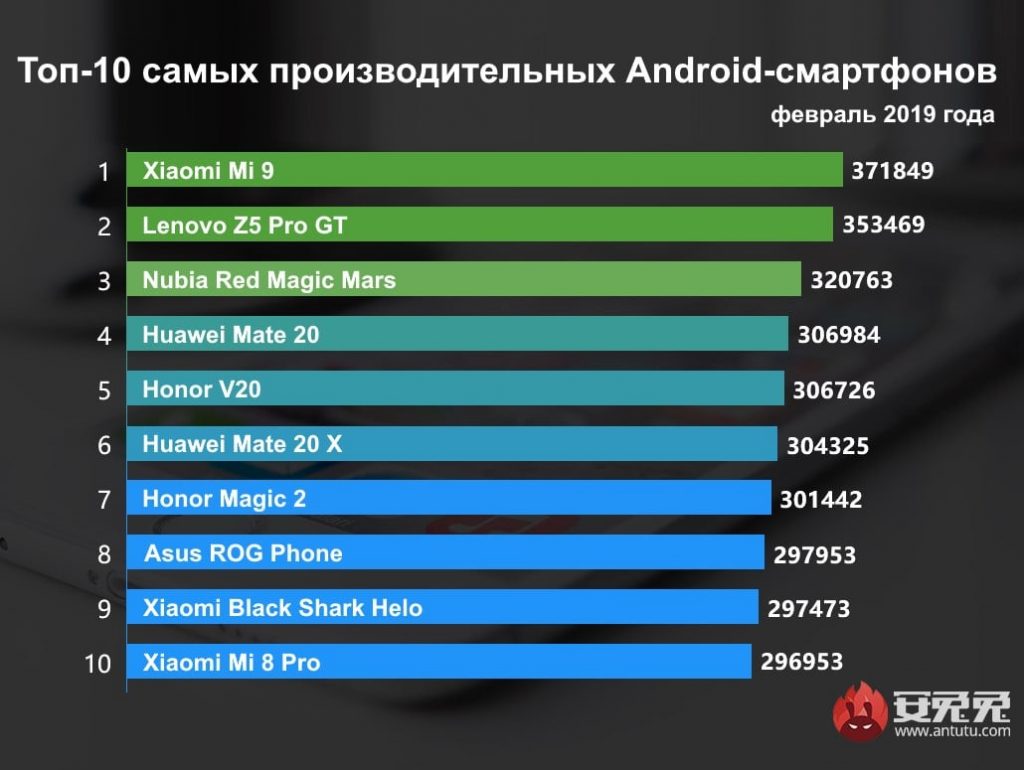 In the next few months, the AnTuTu rating will constantly change, as more and more flagships will appear on the top Snapdragon 855 chipset. So far, Xiaomi Mi 9 has shown the best result with an average of 371,849 points. In second place is the Lenovo Z5 Pro GT with the same SoC and the maximum for the current generation of smartphones 12 GB of RAM (Mi 9 has a similar version with a transparent back cover, but it has not left yet). Closes the top three gaming Nubia Red Magic Mars based on last year’s Snapdragon 845 processor with a sophisticated cooling system.

Then comes the fantastic four flagships of Huawei with the Kirin 980 chipset: Huawei Mate 20 , Honor V20 (we have Honor View 20), targeted at gamers Huawei Mate 20 X and the “magic” Honor Magic 2. The Mate 20 Pro version is not in the list – In the January report, the developers of AnTuTu reported that this is a consequence of a balanced mode of operation, which limits performance to save energy.

At the eighth and ninth places, there are two more gaming smartphones, and this time the Asus ROG Phone is ahead of the Chinese Xiaomi Black Shark Helo. The latest in the top 10 squeezed the flagship of the second half of 2018, Xiaomi Mi 8 Pro .

What does Apple have? 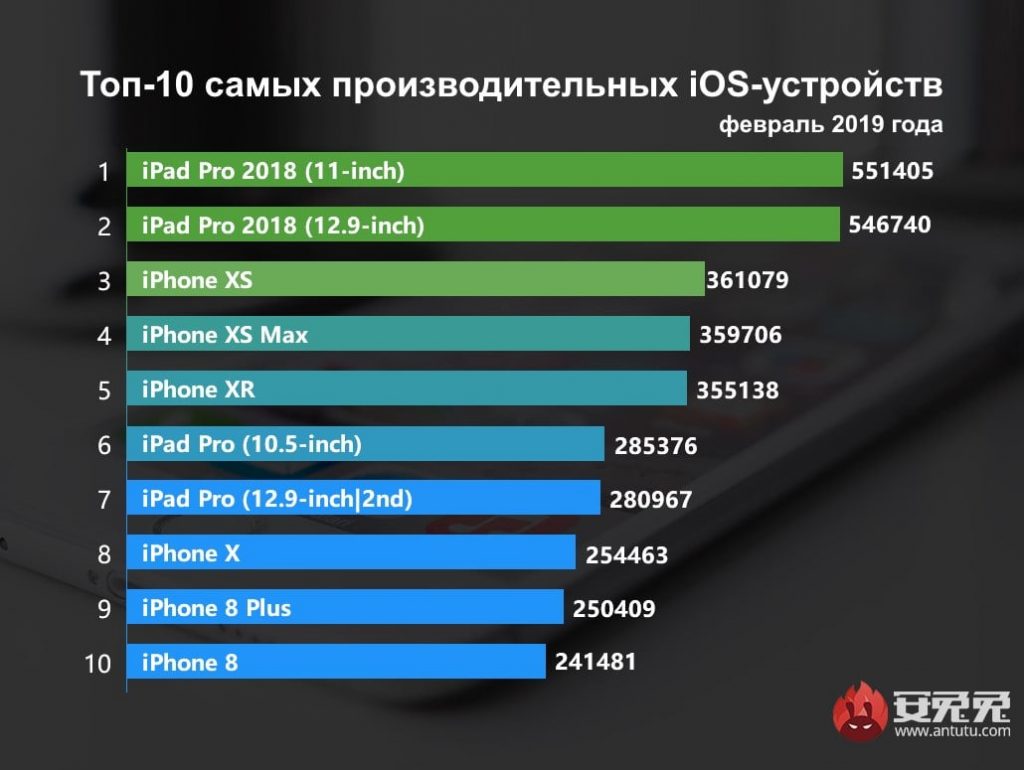 In the ranking of iOS devices, changes occur only after large company presentations. At the moment, the first places are occupied by the thin-frame iPad Pro based on the eight-core Apple A12X chip. They are followed by three iPhones of 2018 with a six-core Apple A12 Bionic processor, and only then – models of previous generations.

Despite the fact that the Xiaomi Mi 9 bypasses the iPhone XS by points , it makes no sense to compare head-on results for different platforms.