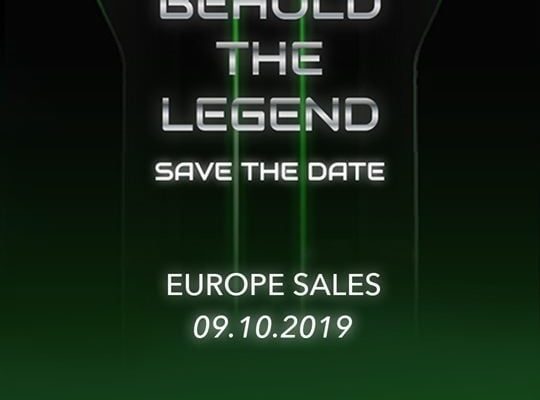 After the announcement dating back to two months ago, Black Shark 2 Pro finally returns to be talked about due to its imminent arrival in Europe. In fact, the Chinese company unveiled today, the launch date in the Old Continent which is closer than one might think.

The announcement came through the official Facebook page: Black Shark 2 Pro will arrive in Europe on October 9th 2019. Those who purchase the smartphone during the first sales phase will receive a free gamepad kit and will be able to buy some accessories at half price.

As for connectivity, it supports 4G VoLTE to Wi-Fi 802.11ac via Bluetooth 5 and the USB Type-C port. The audio jack for headphones and the NFC are missing. The fingerprint sensor is integrated below the screen.

At the moment we don’t know the prices yet, but we remind you that the original Black Shark 2 was initially sold at a starting cost of 549 euros. We can therefore expect a similar price. The colors available in Europe will be Shadow Black, Iceberg Gray and Gulf Blue.