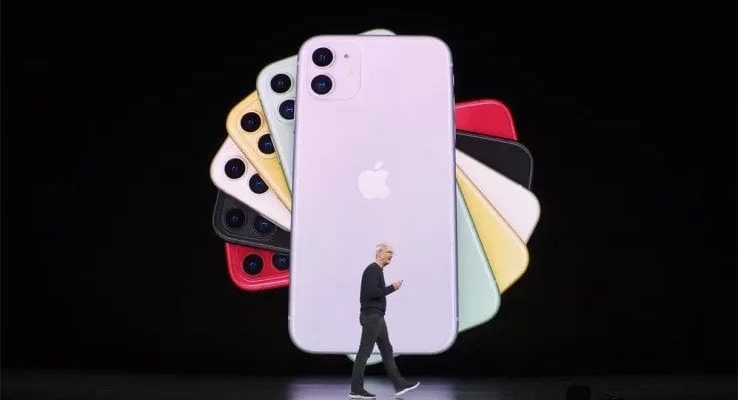 Those expecting a change of pace from Apple will be disappointed. The Cupertino company presented in an event full of surprises the new iPhone 11, the inexpensive smartphone successor to the iPhone XR. The Cupertino company has decided not to continue with the XR series, but simply to use the name iPhone 11 (eleven in English).

The smartphone follows the path already paved by the previous model. On the front the two devices are practically identical: the new generation 6.1-inch Liquid Retina display with a very large notch with sensors for the FaceID and the front camera inside. The most interesting feature is found in the back, where there is a square bump with a double 12 Megapixel camera inside. In addition to the main sensor there is a wide-angle lens, also integrated Night mode that promises great things with night shots. Even the battery life has been improved, an hour more than the previous model.

The iPhone 11 can be pre-ordered from Friday 13 September and will arrive on the market on 20 September. The price starts at $699.

The features of the iPhone 11

A smartphone that follows a track well traced by Apple in recent years. No big news can change the sector. The Cupertino company has decided to postpone changes to next year and by 2019 the smartphone lineup is very similar to what was seen in 2018.

The iPhone 11 is version 2.0 of the iPhone XR. It is the low cost smartphone on which Apple aims to expand its share of users. In terms of power, the Cupertino company has not paid attention to half measures: under the body there is the A13 Bionic processor capable of processing a trillion operations per second. The supporting RAM should be 4 GB and the internal memory is up to 512 GB. The Liquid Retina LCD screen has a 6.1-inch diagonal.

Great emphasis has been placed on the rear photographic sector. On the iPhone 11 debuts the square bumper at the top left which contains the two 12 Megapixel cameras. The main sensor allows you to take photos with a 2x optical zoom, while the secondary sensor is dedicated to wide-angle shots (focal aperture 1.8). As for the videos, it is possible to record movies with a 4K resolution at 60 frames per second.

The battery should guarantee an hour more autonomy than the iPhone XR. Absence of 3.5 mm audio jack. There is not even reverse charging, lots of talk in the days before the official presentation.

The smartphone is available for pre-order from Friday 13 September at 12 noon for the price of 839 euros for the 64 GB version. The 128 GB model costs 889 euros, while for the 256 GB version you have to pay 1009 euros. The arrival in the shops is scheduled for September 20th. The colors available are purple, green, yellow, black, white and red.