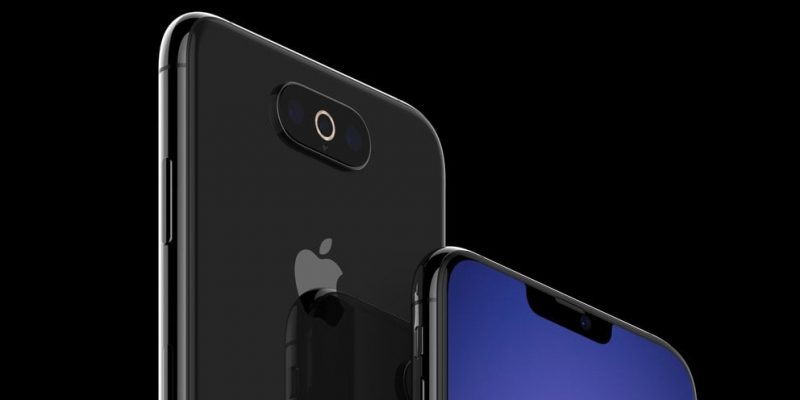 The successor of iPhone XS and XS Max is reportedly shining backstage with three cameras on the back. Although this rumor is increasingly condensed to the upcoming Apple mobile phone, the final design of this triple camera is still considered uncertain. A new picture now presents us with an alternative design concept.

According to information from the mostly well-informed Steve Hemmerstoffer (@OnLeaks), the final design of the triple camera is not yet fixed, Apple experiments with different prototypes. Another visuals arrives from the Indian website CompareRaja in collaboration with Hemmerstoffer. An iPhone with horizontal and centered camera arrangement – a departure from the current left alignment.

Particularly interesting: The LED flash is based as a ring around the center-aligned lens.

Also on the concept pictures we see the reduced Notch  – also this feature is one of the often cited innovations of the upcoming iPhone generation. According to Hemmerstoffer, this design is also authentic, as is the previously shown concept with the camera arrangement in the square. Apple will end up either rejecting one of the two designs, or both. In that case, the insider reports would describe two different iPhone models.