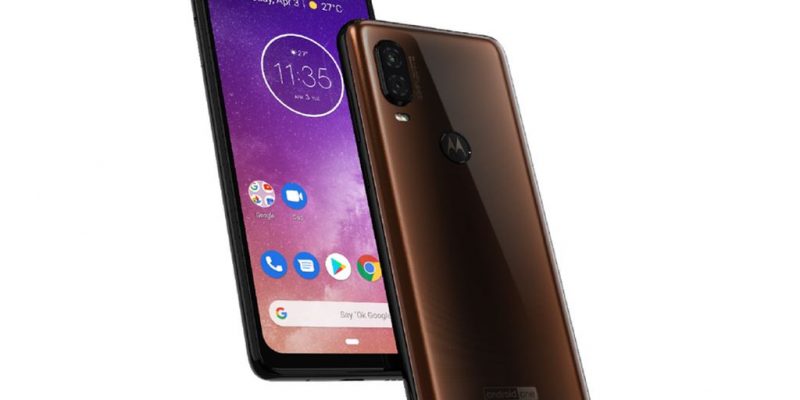 Over the past few days, we’ve heard a lot about Motorola One Vision. This smartphone has access to the Geekbench application and soon its detailed specifications leaked on the network.

According to technology site GSMArena, Motorola’s latest smartphone has just obtained Wi-Fi Alliance certification with its model number is XT1970-1. However, data from the agency did not reveal much of Motorola One Vision information, except to confirm that it supports Wifi 802.11 a / b / g / n / ac running on Android 9 Pie platform.

This phone punches a small hole in the upper left corner of the screen for a selfie camera, not a “water drop” type. It has a thin screen design on the top and sides, while the lower edge is slightly larger.

On the back, the dual camera is located along the left side, the main sensor has a resolution of 48MP, with dual LED flash located directly below.

The back of this One Vision seems to have a shiny shell, which also has a fingerprint scanner with Motorola’s distinctive batwing logo on top, and on the bottom is the Android One logo.

Another thing we can identify is that One Vision will be equipped with a USB-C port located at the bottom, next to the speaker and microphone. In this image, the device doesn’t have a headphone jack, but according to the images of the Motorola P40, a variant of the One Vision in China, we can predict the headphone jack will be designed on the side. on top of.

One Vision has a SIM card slot on the left, with a volume rocker and a power button on the right. Phone lock screen displays 3-4 days, maybe this will be the time this phone is officially launched smartphone market. You can also see the tablet button at the bottom indicating the phone will run the Android Pie operating system.

One Vision is expected to launch in Latin America, India and Brazil, while P40 is a product exclusively for the Chinese market. The P40 may have hardware similar to One Vision, but there may be some differences in RAM and internal memory.