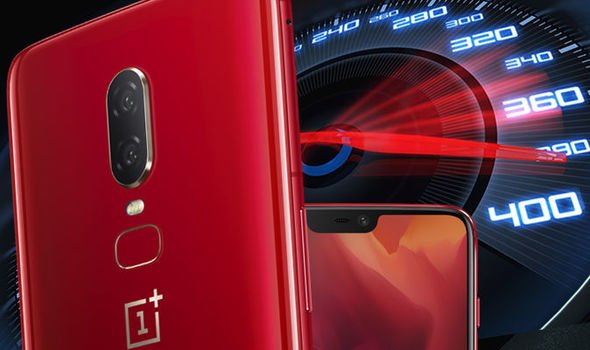 One plus will release the annual flagship plus 6T in New York on October 29th. Before the press conference, foreign media mrgizmo obtained the complete information of the Device.

Compared with one plus six, the biggest change in the appearance of one plus 6T is the use of a water drop screen. The screen size is 6.4 inches, the resolution is 2340×1080, the aspect ratio of the screen is 19.5:9, the screen ratio is 86%, and the AMOLED material.

As for the price that everyone cares about, the price of one plus 6T in Europe is 579 euros (About 660 USD) 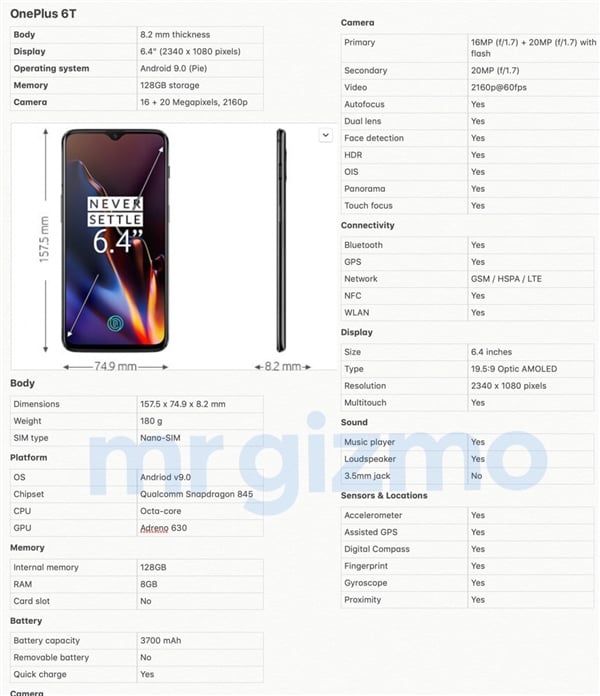 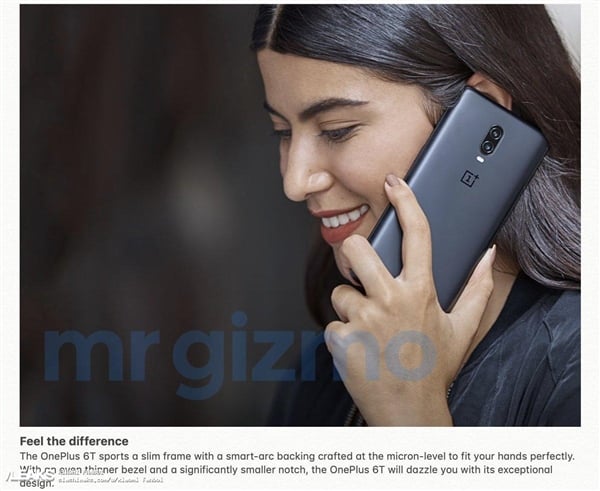 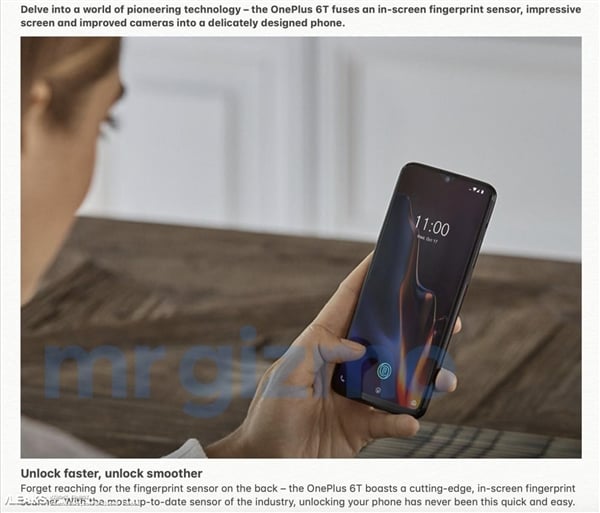