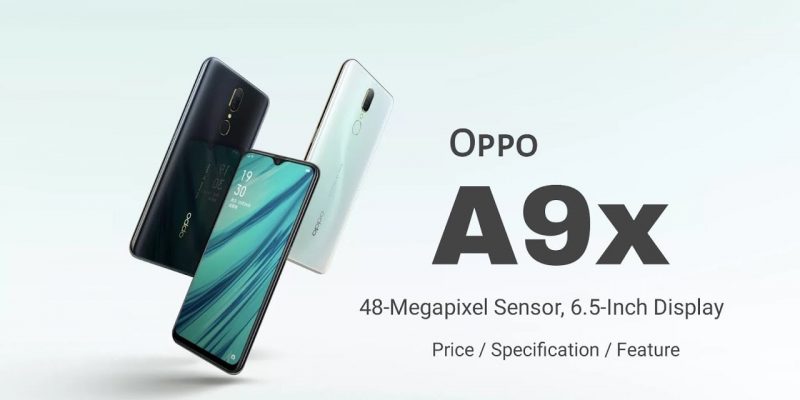 The company OPPO announced another new product in the face of A9x. It turned out to be a mid-priced smartphone segment, which is in addition to the basic version of the A9, which was introduced last month.

The novelty received the same 6.53-inch display Full HD + Dew Drop – the area of ​​the screen occupying the front side of the device is 90.7%. A pretty good eight-core MediaTek Helio P70 processor is responsible for the device performance. Novelty received 6 GB of RAM and 128 GB of flash memory.

On the front side of the device is a 16-megapixel sensor with f / 2.0 aperture. The main camera has a 48-megapixel matrix with f / 1.7 aperture. There is also another 5 MP module. The smartphone has a fairly capacious 4,020 mAh battery and support for fast charging VOOC 3.0.

The smartphone runs on Android 9 Pie with a pre-installed ColorOS 6.0 shell. The back side of the device consists of 3D glass with a gradient texture. Initially, the novelty will go on sale in China at a price of 229 dollars and will be available in two colors – “ice white” and “meteor black.” Whether the device will be on sale in other regions is still unknown.

Ernst & Young has released updates for two products on the blockchain