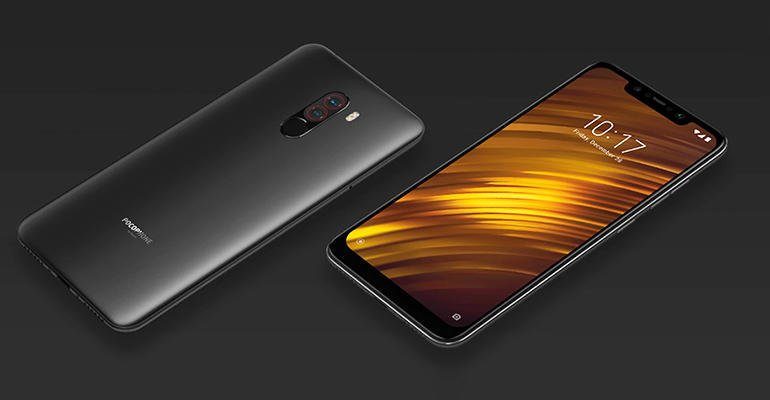 The wait for POCOPHONE F1 owners to update to Android 10 is expected to last a few days. Xiaomi in fact seems ready to release a new update, the first since the smartphone received MIUI 11 based on Android 9 Pie in October.

Many users have complained about the long absence of updates, especially the security ones, but it seems that everything is ready for the big day. Confirmation came first from Alvin Tse, head of POCOPHONE Global, and later from a technical support officer. 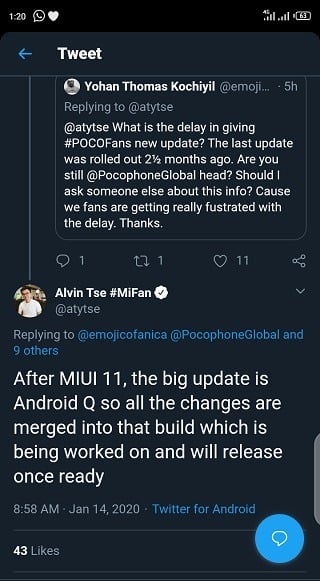 The executive says that in the next update some changes will be integrated in addition to Android Q, so it is likely that there will also be security patches, at least those of January. If Alvin Tse does not provide a certain date, technical assistance seems to have greater certainty in this regard.

During a chat with a user, in fact, the update is likely to be released in February, given that the private beta test phase has been successfully completed in these days, so the roll out should start soon. As always, there will be a staged rollout, to quickly block the release in the event of serious problems that were previously avoided.

Read also: POCO becomes in all respects an independent brand

Obviously, the claim must be taken with the benefit of the doubt, given that it is not an official statement, but it seems that the arrival of Android 10 on POCOPHONE F1 is now around the corner.