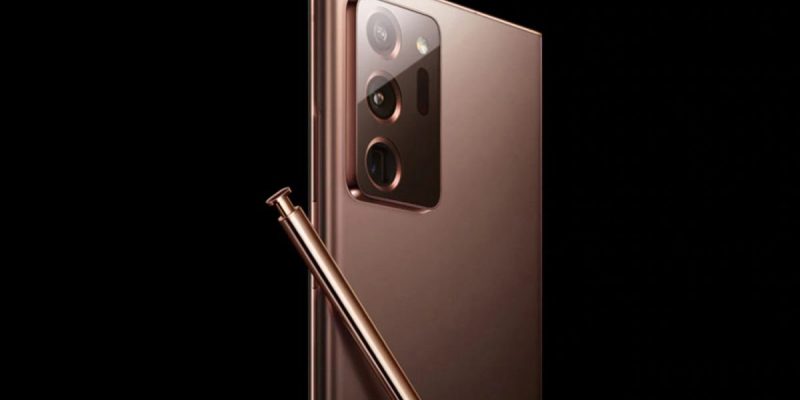 By Izaan Zubair
Share
Share
The Samsung Galaxy Unpacked 2020 will take place on August 5th. The event will serve as the stage for one of the most anticipated launches of the Korean brand for the year: the Galaxy Note 20 line. But we can already have an idea of ​​what is to come: this Wednesday, the Galaxy Note 20 Ultra appeared in a hands-on video. We are not talking about an official video, but a recording of just over a minute made by someone who somehow had access to the device. Could it be a montage? It can. But the smartphone shown in the recording matches the “leaked” information and images about the Galaxy Note 20 Ultra, so we can give a vote of confidence. Basically, the video posted on Jimmy is Promo shows the supposed Galaxy Note 20 Ultra alongside a Galaxy Note 10+. One of the highlighted details is that the hole for fitting the S Pen remains on the bottom of the device, but has been moved to the left.
Samsung Galaxy Note 20 Ultra appears in hands-on video
Despite this, it is perfectly possible to fit the Galaxy Note 10 S Pen there – apparently, the pen has little or nothing changed from one generation to another But the biggest highlight is the camera module at the rear. The video reinforces rumors that the Galaxy Note 20 Ultra will be equipped with four sensors there. This set may include a ToF (time of flight) sensor or, who knows, a periscope-type camera. At the end of the video, we found references to what would be new features or settings for the S Pen. If the rumors are right, the Galaxy Note 20 Ultra will also have a 6.9 inch 120 Hz screen, Snapdragon 865 or Exynos 990 processor, 4,500 mAh battery, and Android 10 with One UI 2.5 interface.

Qualcomm announces Snapdragon 865 Plus, with CPUs up to 3.1 GHz