The Android 11 s coming and versions preview of the released system so far show a characteristic that can bother adept applications that are outside the Google Play Store: installing apps via APK file should become more difficult in the new version

In Android 10 and earlier, the installation procedure through a browser or via APKMirror Installer, for example usually involves manual installation permission.After permission is granted, you can return to the previous screen to continue with the procedure. 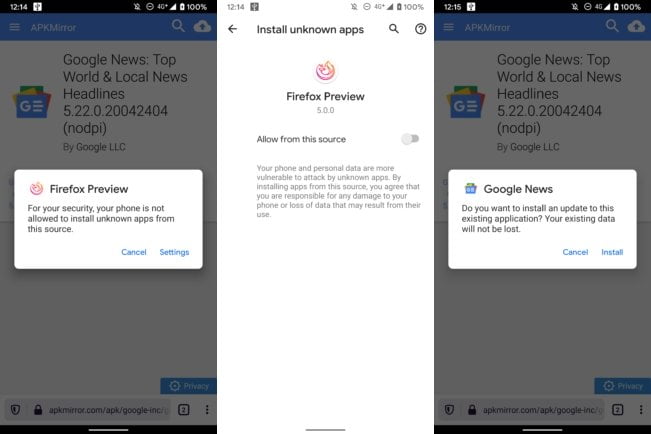 Bug? The restriction only in preview versions? The developers of the operating system signaled no. According to an explanation provided after numerous complaints, this limitation is a consequence of Scoped Storage, a new set of security rules that define how apps can access the devices storage.

Google simply said it was assessing the situation.It is not clear, therefore, whether and how this limitation will be resolved.The fear is that, in the end, this is a way to curb app installs that are outside the Google Play Stores controls.