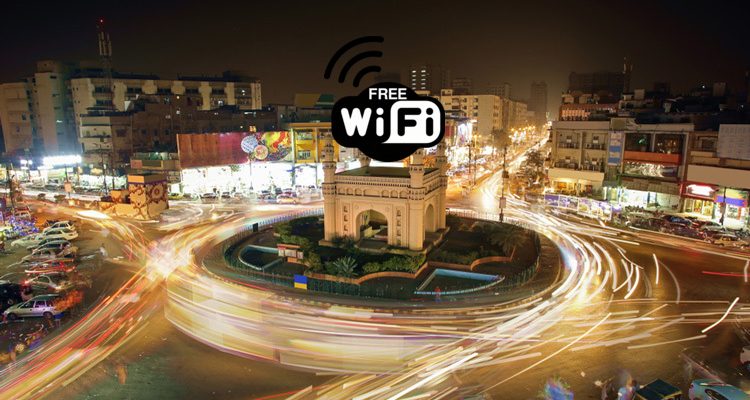 Free Wifi hotspots are no less than a blessing in disguise. From a casual sit-down at the restaurant to an urgent order from your office whilst you are in a cafe, free WiFi hotspots tend to help you log in and deliver in the absence of mobile data.

In research by vpnMentor for the global ranking of free Wifi hotspots in 2021, the research team lists and indicates the regions with powerful WiFi and free hotspots. The top 10 countries in Asia to offer free WiFi hotspots, according to the research, are: 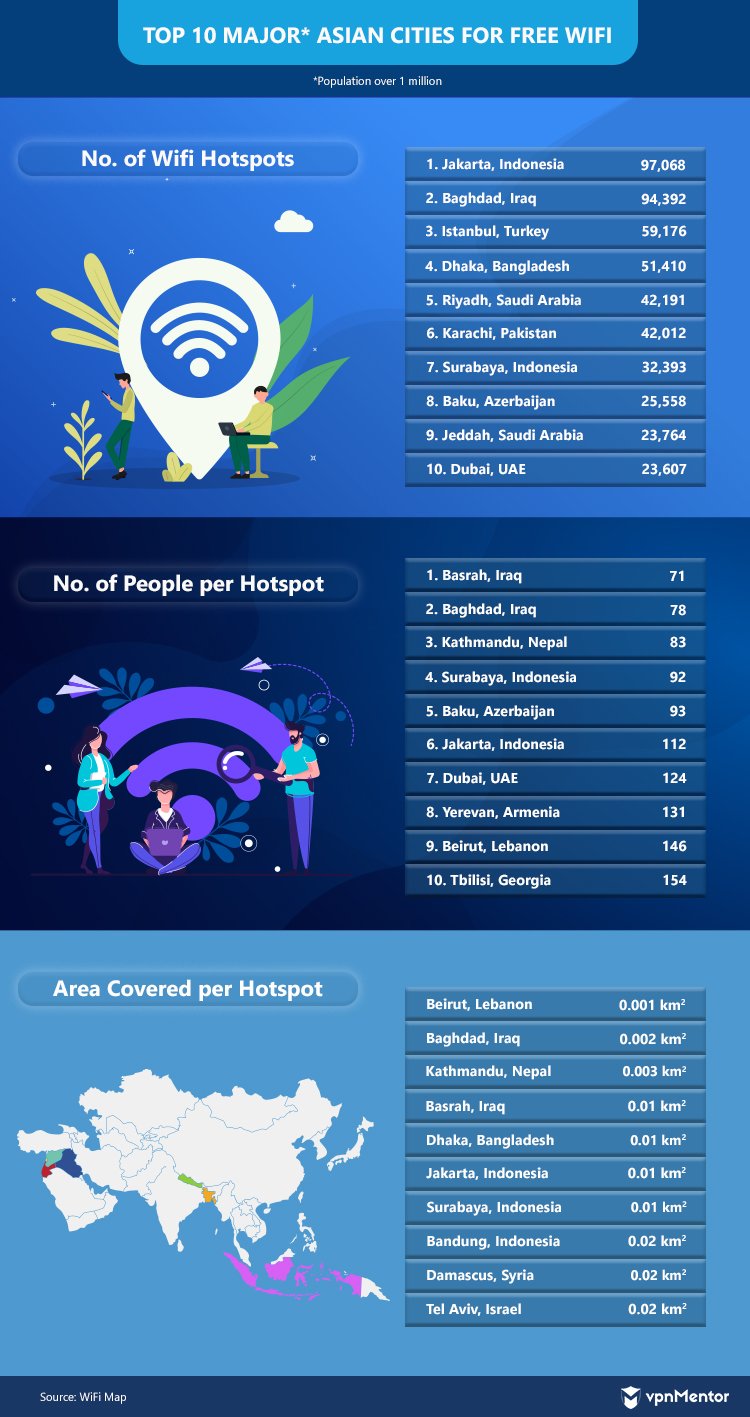 Karachi, with over 42,000 free WiFi hotspots managed to attain the number 6 in the ranking of the free hotspots in Asia.

Asia is home to some of the cities with the highest populations in the world. As of 2020, Tokyo has the largest population of any city with over 37 million residents, Shanghai is the third most populated with more than 27 million living within the city, and Beijing is 8th on the list with a population of over 20 million.

In such densely populated cities, it’s a reasonable assumption that the public Wifi networks are likely to be overcrowded, meaning you could have difficulty connecting in the first place, and when you do, speeds could be painfully slow. So, what cities in Asia should you maybe avoid if you want a reliable internet connection. 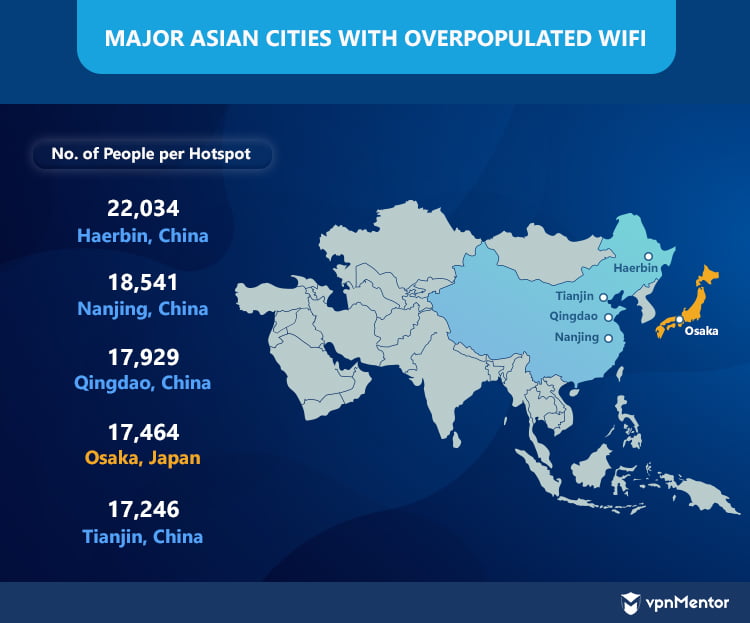 The Dangers of Public Wifi

While there are major benefits to public Wifi, it doesn’t come without its dangers. The traffic that flows through an open Wifi network is usually unsecured and unencrypted. This makes public Wifi an easy target for hackers to snoop on your online activity and get their hands on your sensitive information.

For example, you connect to a nearby cafe’s free Wifi for just a few minutes, during which you log in to Facebook and purchase bus tickets for your next destination. You’ve just sent your credit card details and passwords over an unsecured network, which makes you vulnerable to the prying eyes of hackers and other malicious cyber threats.

This vulnerability exists for all public networks no matter where you’re connecting from, whether it’s at an airport, on public transport, in a hotel, or at a coffee shop. However, many people are still underestimating the risks of public Wifi.

You may assume that a Wifi network is safe and/or private as you need to enter a password to access the internet. But the truth is if you don’t have complete control over who can connect to a network, that network is public.