Huawei Mate 9, has not yet received EMUI 10 but it seems that the developers of the Chinese giant have finally decided to go out of balance: responding to a request from a user aimed at pushing the manufacturer to release the expected update for this smartphone, the team of Huawei has announced that the update in question is being worked on.

To be precise, the update that will bring EMUI 10 on Huawei Mate 9 is currently in the development and test phase and the manufacturer reassures users that all information, when available, will be published on the companys website. 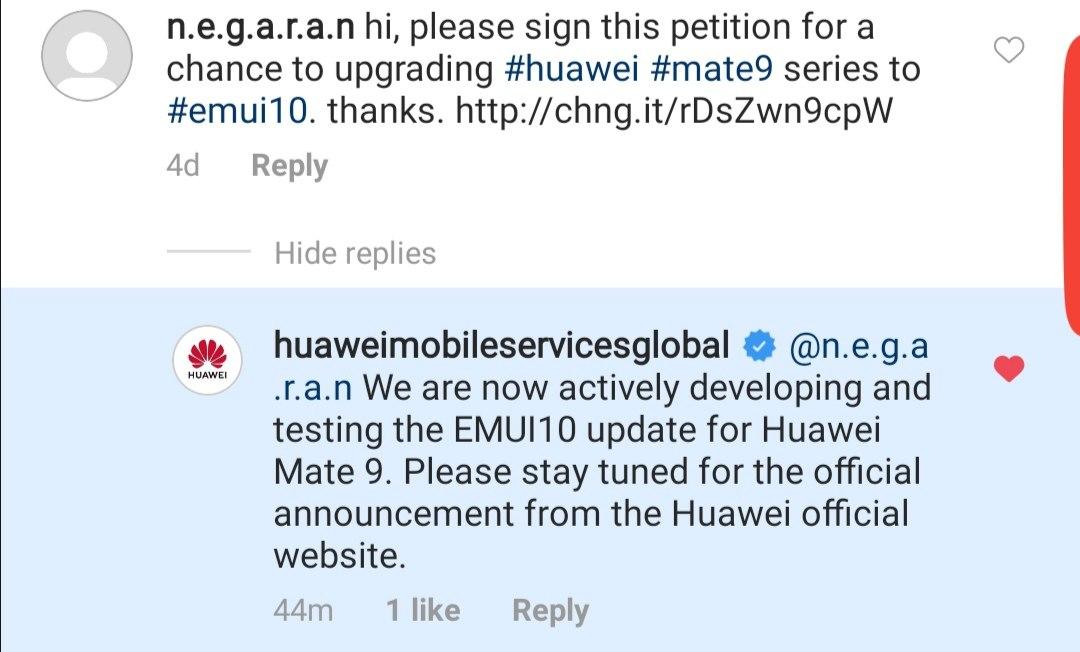 The device, which arrived on the market withAndroid 7on board (with EMUI 5), has already been updated toAndroid 8(with EMUI 8) and last year toAndroid 9(with EMUI 9.1).

The update to EMUI 10 , in essence, would be the third.Not bad considering what is being done by other manufacturers.