Cascade Lake-AP belongs to the Intel Xeon Scalable family. It is a two-core Cascade Lake-SP package with up to 48 cores and 96 threads,which contains two 24-core 48-thread chips.

Compared with the two-way Xeon Platinum 8180 (28 cores), the picture processing speed per unit time has increased by 17 times.

Intel plans to launch Cascade Lake-AP in the first half of next year, and deliver Cascade Lake-SP by the end of the year.

However, Cascade Lake, including the next generation Xeon Cooper Lake, is still 14nm, and Ice Lake will be upgraded to 10nm in 2020.That is to say, throughout the 2019, the new Xeon has to face the situation of competition with AMD 7nm EPYC 2 generation. 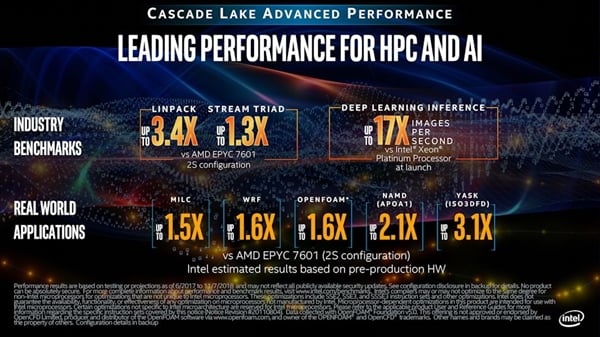