At the moment there are 5 asteroids that are being watched more individually. Although NASA stated earlier that there is no asteroid collision course with the Earth in the next 100 years, everything can change quickly.

According to the information, one of the 5 rocks on the way to our planet is a large celestial body. If it were on a collision course with the planet, it could destroy an entire city. 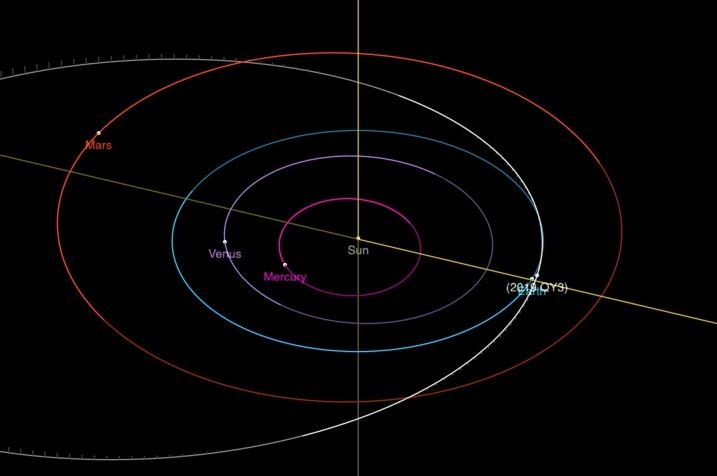 NASA is following a total of five asteroids now heading to Earth.One of the approaching asteroids is large enough to annihilate a large metropolitan area.However, they are not on a collision course for such a scenario.

According toNASAsCenter for Near Earth Object Studies(CNEOS), the first asteroid to approach Earth is called523934 (1998 FF14). The agency noted that the asteroid is currently traveling at a speed of about 80,000 km / h.However, it has an estimated diameter of about 430 meters, making it significantly larger than the Eiffel Tower.

Even small asteroids can cause damage, if they fall to earth

Given the huge size of the asteroid, it could cause significant damage if it hits Earth.Unlike smaller asteroids that usually explode in midair, 523934 (1998 FF14) could most likely cross our atmosphere and cause a massive impact event.

If the asteroid hits the planet, it can create a crater about a few miles wide and level an area as large as a city.

The second rock that will pass through the earth is called2019 SW1. It moves at a speed close to 46,000 km / h and has an estimated diameter of 21 meters. CNEOS predicts that 2019 SW1 will also pass through Earth on September 24 at 11:52 am (European time). However, the asteroid will be about 0.00769 astronomical units or about 1.1 million kilometers from the center of the earth. Basically, we are talking about three times the distance between the planet and the moon.

Later comes the third asteroid known as2019 QY3. This rock travels at a speed of 30,000 km / h and has an estimated diameter of 66 meters.According to CNEOS, 2019 QY3 will pass through Earth on September 26 at 8:35 am.Its closest distance to Earth during its approach will be about 5 million kilometers away.

The fourth asteroid, the2017 KP27, travels at an estimated speed of about 17,000 km / h. According to CNEOS information, this asteroid is about 45 meters long and will pass through our planet on September 26 at 20:36.During this time, the asteroid will be approximately 1.6 million kilometers from the center of the planet.