Capcom has previously published the Resident Evil 2: Remastered Edition deluxe version of the content, which contains a variety of character costumes, one of todays Claire Noir style of the demonstration in the tubing exposure.

Claire wore a black hat on his shirt and hangs a tie at random, which is similar to Michael Jacksons classic riddle. The official said that when players use pure black clothing, you can open a black and white filter effect, making the game look like a nostalgic black movie.

Resident Evil 2: Remastered Edition will be released on January 25, 2019, landing on the PS4/Xbox One/PC platform. 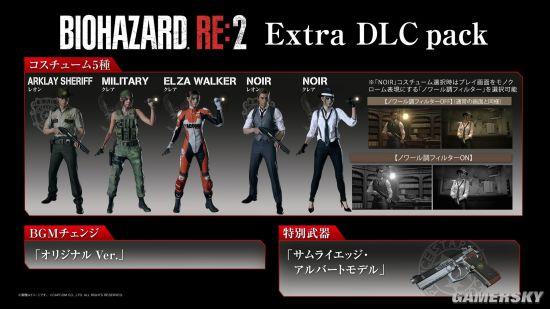