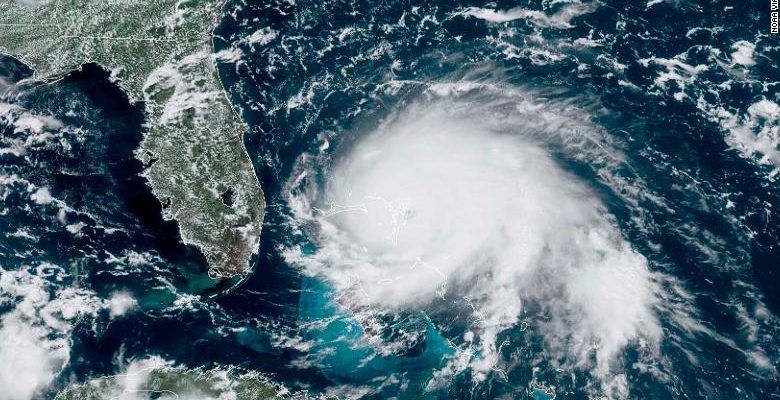 Category 5, Hurricane Dorian leaves the Bahamas and advances hard to South Carolina and Georgia, where large population will have to leave lowlands

The Government of South Carolina in the United States has decreed the removal of coastal residents for fear of the arrival of Hurricane Dorian, Category 5 (the maximum), which is advancing along the Atlantic after leaving the Bahamas archipelago. The move, announced on Sunday night affects more than 800,000 US residents. In the state of Georgia between South Carolina and Florida, authorities ordered the removal of large populations, affecting about 200,000 inhabitants. The measure takes effect on Monday at noon local time.

The hurricane Dorian hit the Bahamas on Sunday with winds of up to 290 kilometers per hour, the strongest ever recorded in the northwest of the archipelago. Authorities called for the removal of residents of low-lying areas most exposed to rising waters and torrential rain. They were housed in schools and churches, unsafe places on basically flat islands, with rare high areas to protect themselves from flooding.

A little farther northwest on the coast of Florida and the Carolinas, hundreds of thousands of people follow with concern the evolution of the hurricane. Experts indicated that after flogging the Bahamas, it would advance northeast, probably losing strength. The forecast is that it will cover the coast of the states of Florida, Georgia, North Carolina and South Carolina without completely entering the east coast of the US (the latter has ordered the mandatory removal of over 800,000 people). But officials warned that even if Dorian remains at sea and does not touch land, its effects in the form of strong waves, winds and storms could dangerously damage coastal cities.

The Miami-based National Hurricane Center (NHC) described the hurricane as it passed through the Bahamas as “catastrophic,” where it began to be noticed at noon on Sunday. “A prolonged period of turbulent water, violent winds and heavy rainfall can produce life-threatening floods,” the NHC said.

Bahamian Prime Minister Hubert Minnis said on Saturday about 73,000 residents and 21,000 homes could be affected. “I want you to remember: houses, structures can be replaced. No lives,” Minnis warned at a news conference. Authorities feared that some residents would not hear his instructions and would decide to face the hurricane locked at home.

Frequently plagued by hurricanes, the Bahamas archipelago has building requirements that force homes to be equipped with metal structures to protect roofs from Category 4 storms, according to the Associated Press. Regulations are generally enforced in houses whose owners can afford, but the stakes are much greater in the poorer populations, which usually inhabit log houses in lower areas.

Best smartwatches with and without Wear OS | September 2019