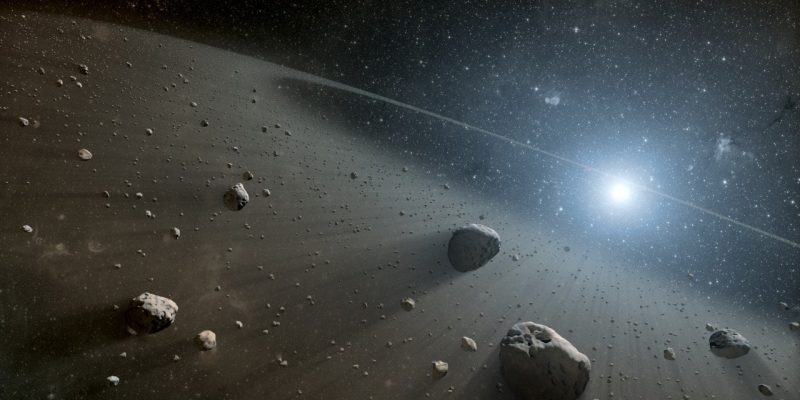 During the night of 13 and 14 September, two asteroids with small dimensions will surpass the Earth safely. The American space agency NASA has already calculated the orbits of the two space stones, excluding any possibility of danger.

“These asteroids were well observed, once in 2000 and the other time in 2010, their orbits are very well known”, said Lindley Johnson of the Planetary Defense Coordination Office at NASA headquarters in Washington.

The two asteroids will go about 3.5 million kilometers, equal to 14 times the distance between the Moon and the Earth. “Such small asteroids pass so close to the Earth all the time”, Johnson continues.

The two asteroids will go about 3.5 million kilometers, equal to 14 times the distance between the Moon and the Earth

NEOs are asteroids and comets that orbit the Sun, but can often approach the Earth’s orbit. All NEOs have a distance less than 1.3 Astronomical Units (about 190 million kilometers).

Most of these asteroids are found between the orbits of Mars and Jupiter, while comets, mainly composed of water ice, are located on the outer borders of our solar system, such as the Oort cloud.

Currently, there are more than 20,000 NEOs, and new ones are discovered every week (the number at the beginning of 2019 was 19,000). Don’t worry though, because NASA and other space agencies are constantly observing these space rocks.

Is Asus ROG II, the fastest android smartphone ever?