The Epic Games Store is back with another free title: the turn-based strategy game Sid Meier’s Civilization VI is available free of charge for Windows PCs and will remain in your library forever.

Civilization VI pits you against computer-controlled enemies to expand your civilization, starting with a tribe and reaching over millennia to world domination, whether through military strength, technological superiority, or cultural influence. It is possible to command Egypt, Japan, China, the USA, or even Brazil, led by Dom Pedro II.

The Civilization franchise is one of the main examples of 4X strategy games, which stands for “explore, expand, extract and exterminate”. This means that the player must explore and dominate new territories, obtain resources, and attack rivals in order to grow.

So in Civilization VI, you’ll explore the world, found new cities, use military troops for attack and defense, and trade and diplomatic negotiations with other leaders. There is also multiplayer coop and versus modes. 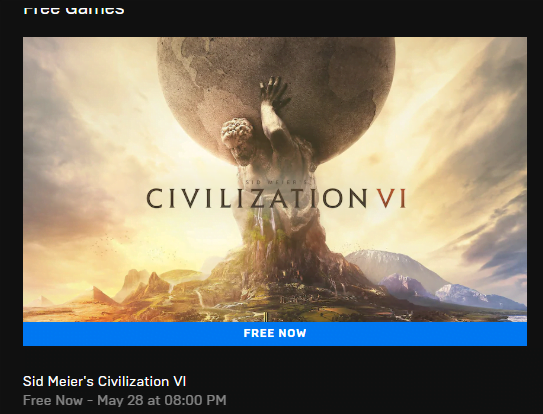