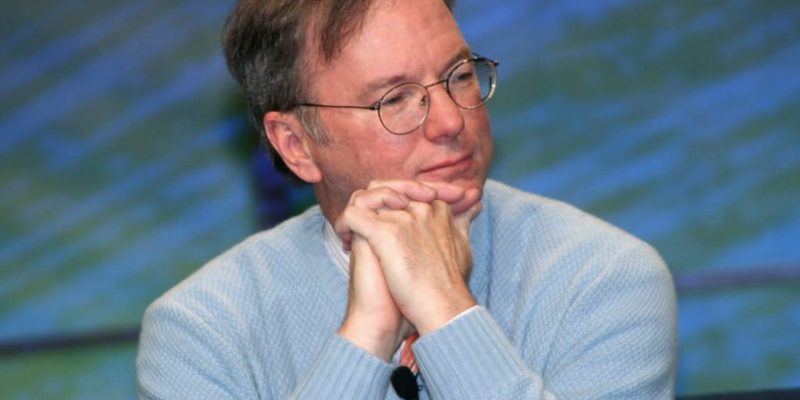 The United States, by the most visible figure of power, President Donald Trump, has accused Huawei of espionage practices and the arm of the company has been going on for a long time. As we have seen, the Chinese brand has been subject to several commercial restrictions. One example was the removal of Google services from the company’s smartphones. However, the research giant never spoke openly about this blockade to Huawei.

Now, in an interview with the BBC, Eric Schmidt, former President of Google, says that “there is no doubt” that Huawei has forwarded data to Beijing.

Eric Schmidt says Huawei is a threat to national security

Communications are today an important pillar of society. In this sense, the domain and control of communications may be important in the global strategic plan. Huawei has been an important player in this area for some years. It is strongly implanted both in the development of technologies and in the application of them in the structures in each country. The 5G has been one of the weapons used in this fight between the east and the west.

In addition to Trump, other personalities seem to accept the accusation of possible spying, as is now the case with Eric Schmidt, the former Google CEO. According to the former strongman at Google, Huawei is a risk to national security and has practiced unacceptable acts, such as forwarding information from the network to the Chinese government.

Schmidt said in a documentary produced by BBC radio.

The telecommunications giant has often been accused of endangering national security. Several American organizations have expressed concern about the possibility of Chinese espionage. As a result, Washington has put significant pressure on its allies to prevent Huawei from accessing its next-generation 5G mobile networks. The UK, for example, is now reviewing a decision to allow the company a limited role in its 5G deployment.

Huawei has repeatedly denied allegations of transmitting data to Beijing and insists on being independent of the government. Vice President Victor Zhang told the BBC that Schmidt’s suggestion that Huawei was handing over customer data to Chinese authorities “is simply not true“.

Schmidt, who led Google from 2001 to 2011, is now chairman of the Pentagon’s Defense Innovation Council. In his interview with the BBC, he said he previously had “prejudices” about China, such as the belief that the country’s technology companies are “very good at copying things”. He added that these prejudices now “need to be expelled”.

The Chinese are just as good, and perhaps better, in key areas of research and innovation like the West.
Schmidt told the BBC.

It is not the first time that Schmidt has commented on China. In 2018, the multimillionaire warned of a “bifurcation” of the Internet in two different models – one led by the USA, and the other by China. He also admitted to defending Google’s work in China, when it initially withdrew from the country.

Flash Player will dissipate on December 31, 2020

Netflix CEO Donates $ 120 Million to Universities with Most Black Students