OPPO continues to expand its market in India by presenting the new OPPO F15, an Android smartphone characterized by discreet specifications and with a very competitive list price. The commercial strategy therefore looks like the same as always ‘try to counter the overwhelming power of Xiaomi and Realme in India by marketing products with a good quality / price ratio.’

The new OPPO F15 is not unique, especially from the aesthetic point of view where the similarities with the OPPO A91 presented in China at the end of December 2019 are clear. 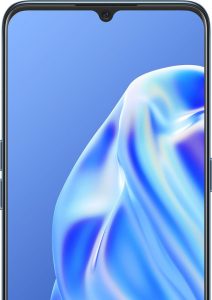 The new OPPO F15 presents itself as a direct successor of the F11 presented almost a year ago in India, and now integrates some hardware innovations that make it extremely attractive for those looking for a cheap Android smartphone.

The Chinese company has also integrated the fingerprint sensor inside the display, thus ensuring access to a typical feature of much more expensive phones even on a cheap smartphone. 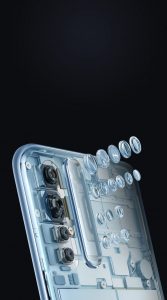 From the hardware point of view we find the same MediaTek Helio P70 present in the previous range, with alongside 8 GB of RAM and 128 GB of internal storage expandable via micro SD. From the photographic point of view, the company chooses to insert a 48 MP main sensor flanked by an additional 8 MP ultra-wide sensor, a 2 MP sensor for bokeh effects and a 2 MP sensor for macro photography.

On the autonomy side, the OPPO F15 can take advantage of the proprietary fast charging technology – VOOC 4.0 – which thanks to the 20W support should recharge the 4000 mAh battery very quickly. The software is obviously based on Android 9 Pie with ColorOS 6.1.2 customization.

As we said at the beginning of the article, the OPPO F15 will initially be available in India starting next January 24 at the price of 19.999 Indian rupees, about $280 USD, in the Lightning Black and Unicorn White colors. It can be purchased on Amazon, on Flipkart or in the many local shops where the company has activated a 5% cashback promotion using some specific banking circuits.

We are not aware of whether the OPPO F15 will also be released in other markets, but we will keep you informed in the event that there is any news on the matter

Twitter in talks with TikTok to acquire US operations

Microsoft publicly announced that they had a discussion with TikTok owner ByteDance to acquire the US operations of TikTok, which would help TikTok maintain...
Read more

The President of the United States, Donald Trump, has signed two executive orders that prohibit American companies from doing business with ByteDance and Tencent,...
Read more

The best shonen animes to watch in 2020 [Updated]

Do you like anime and do not know what to get hooked on? We recommend in this list some of the best Japanese anime...
Read more

The Brazilian Minister of Economy, Paulo Guedes, gave more details of the tax on electronic payments considered by the federal government. In a virtual...
Read more

After eight months of testing and adjustments, Instagram Reels was released, this Wednesday, it was expanded to users of the social network in more...
Read more