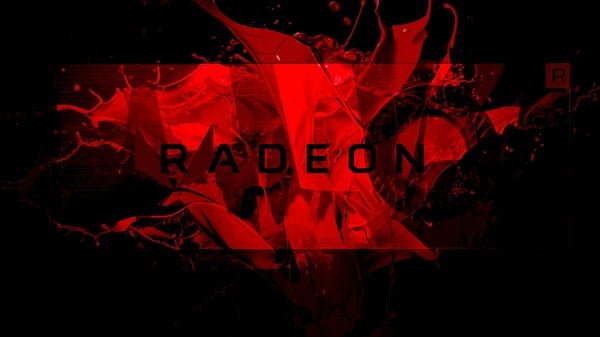 In the past two years, AMD has made a beautiful turnaround in the CPU field with the Ryzen series of processors, which has become a lot of talks for DIYer but AMD is lacking in competitiveness in the GPU field.

Although AMD’s Polaris graphics card is still pretty good in the low-end and mid-range, it can compete with NVIDIA’s low-end graphics cards but the high-end graphics cards are completely lost. More than a year after the release of GTX 1080, the RX VEGA 64 is in the opposite position, but its The energy consumption ratio is unsatisfactory, not to mention the recent NVIDIA release of the RTX 2080 Ti graphics card, which has increased the performance of the flagship and the market can only barely maintain NVIDIA 3:7.

But now the situation is different, AMD may be able to get a chance to turn over with the lead of the 7nm process plus the improvement of the architecture.

According to AdoredTV, AMD’s next-generation graphics card will not be named RX 600 series, but RX 3000 series and the specific performance specifications are also leaked. 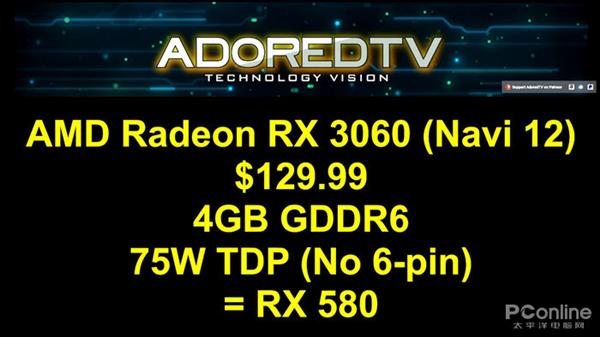 AMD’s next-generation entry-level graphics card is the RX 3060, which uses the Navi 12 core and 75wTDP. The performance is similar to that of the RX 580. The price is about $130. 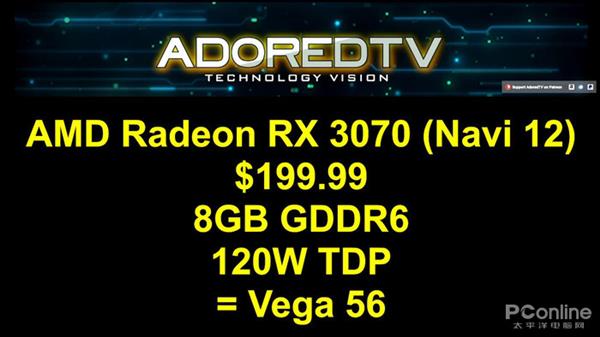 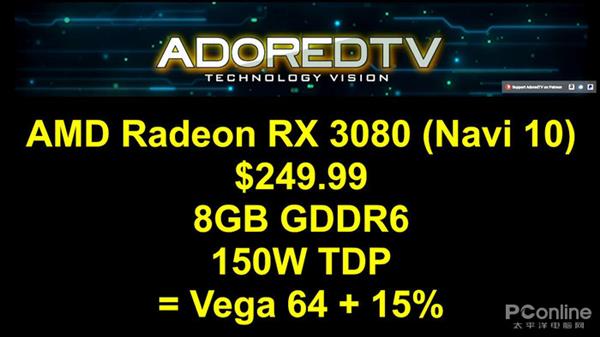 Of course, the news of AdoredTV is not necessarily accurate. After all, this performance improvement is too exaggerated. The RX 3080 has been compared with the RTX 2070 and the specifications of the exposure are too detailed, even the price is there.

If the performance improvement is so large, we can understand that the energy consumption ratio is enough to make us stunned. The RX 3080’s TDP is about half of the RX VEGA 64, completely getting rid of the A-card fire stove.

Although we should be skeptical about this news, AdoredTV’s news should not be groundless. After all, the world’s first TITAN RTX is also AdoredTV’s info so this information should be true.

Of course, the most interesting point is that AMD once again wants to overwhelm competitors in naming, the same strategy used when releasing B350 motherboards.

Before AMD released the Ryzen series of processors, no one would believe that AMD CPUs would make such progress. Can Navi also perform the same good show this time? We will wait and see!