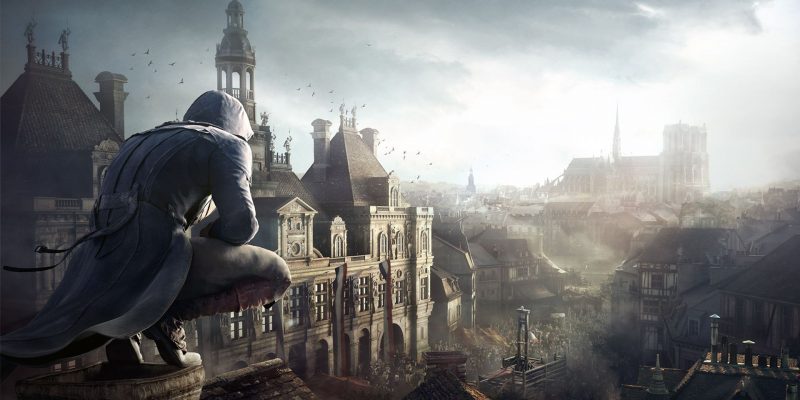 The well-known producer of the Assassin’s Creed franchise donated on April 17 the modest amount of anything like € 500,000 for the restoration of the cathedral of Notre-Dame, a day after the severe fire that nearly destroyed it.

Following other French companies, Ubisoft, based in France, was one of the big companies that contributed to help the French government in rebuilding the cultural icon of France.

It is known to the target audience, players essentially, that Assassin’s Creed Unity has as its setting the city of Paris, and consequently the cathedral of Notre-Dame portrayed through computer graphics and 3D modeling. In this way, the French manufacturer offered to cede all the 3D modeling of the cathedral in order to provide some technical help in recovering Gothic traces of the building.

Previously, there was an offer on the part of the Vatican of skilled labor in the restoration of historical works / buildings. In time of war they do not clean arms, as such, this type of aid greatly improves the French morale (quite affected by the fire).

In this sense, accompanied by the donation came the announcement by the company that will make available for a week the opportunity to install Assassin’s Creed Unity for all who want to enjoy the majestic cathedral.

“As the dust strikes after the events on Monday at the Notre-Dame de Paris, we stand in solidarity with our fellow Parisians and everyone around the world who have been touched by the devastation caused by the fire. Notre-Dame is an integral part of Paris, a city with which we are deeply connected. To see a monument like this at risk, affects us all. In light of the events on Monday, we will donate € 500K to help with the restoration and reconstruction of the cathedral. We encourage all those who would like to donate, to do so. In addition, we want to provide the opportunity to experience the majestic and beautiful Notre-Dame as best we know it. For a week, we will be offering Assassin’s Creed Unity for free to PC, for anyone who wants to enjoy it. You can download it from the Uplay Store or directly from the Ubisoft Store. When we created Assassin’s Creed Unity, we developed a very close connection with the city and its landmarks – one of the most notable elements of the game was the recreation of Notre-Dame. Video games can allow you to explore places in ways never before imagined. We hope that with this small gesture, we can allow everyone the opportunity to appreciate our virtual homage to this monumental piece of architecture. “

According to the producer, the recreation within the game of North-Dame took about 14 months, given its complexity and search for the detail of this recreation. It is even suspected that the measures used are the same, but on a different scale. Faced with this, there are rumors that the 3D mapping of the cathedral in Assassin’s Creed Unity can really help in restoring this monument.

Let us hope that it can contribute to the revival of this French and Parisian emblem, for although the monetary value is really important, just as important, the technical support they can obtain for the restoration