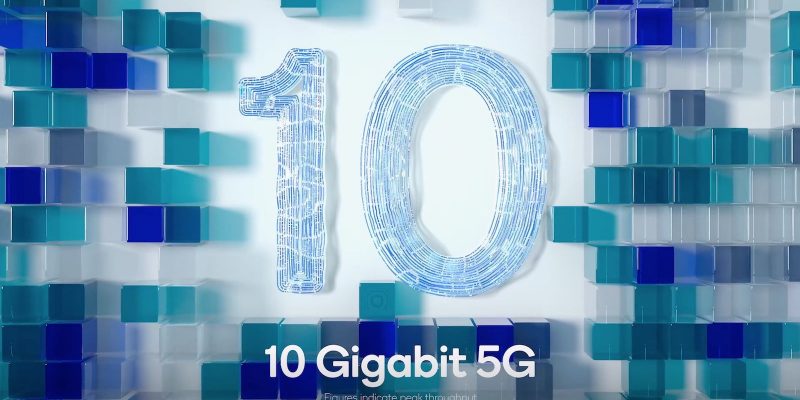 Qualcomm unveiled Snapdragon X65, the world’s first 10 Gigabit smartphone 5G modem chip, enabling theoretical data rates of up to 10 gigabits per second. Apple will likely use it in the iPhone 14s of 2022.

While download speeds in the real world are likely to remain well below the peak of 10 gigabits per second, Snapdragon X65-equipped devices should see faster 5G speeds overall. The modem also has many other benefits, including improved power efficiency, increased coverage for the mmWave and sub-6 GHz bands, and support for all globally marketed mmWave frequencies, including the new n259 (41 GHz) band.

As with the previous generation Snapdragon X60, this X65 can aggregate data from mmWave and sub-6GHz bands simultaneously to achieve an optimal combination of high-speed coverage and low latency. The modem is paired with Qualcomm’s new 4th generation mmWave antenna module for extended mmWave coverage and superior energy efficiency.

mmWave is a set of 5G frequencies that promise ultra-fast speeds at short distances, making it more suitable for dense urban areas. In comparison, 5G sub-6GHz is generally slower than mmWave, but signals travel further, serving suburban and rural areas better. MmWave support on iPhone 12 models is limited to the US, but rumors suggest that iPhone 13 models may support mmWave in other countries as well.

In 2019, Apple and Qualcomm resolved a legal battle and reached a multi-year chipset supply agreement, paving the way for Apple to use Qualcomm’s 5G modems, starting with the Snapdragon X55 in iPhone 12 models. agreement document has revealed that Apple will likely use the Snapdragon X60 modem for the 2021 iPhones, followed by the Snapdragon X65 in the 2022 iPhones.

The Snapdragon X65 may be the last chip Qualcomm modem used in iPhones, as Barclays analysts and many other sources have predicted that Apple will switch to its own internally designed 5G modem for iPhones by 2023. After all, the abandonment of Intel CPUs in favor of Apple silicon M1 processors for Macbooks, suggests the road that Apple intends to tread, namely that of taking total control of the hardware of its devices.

Wistron iPhone factory in India is ready to restart