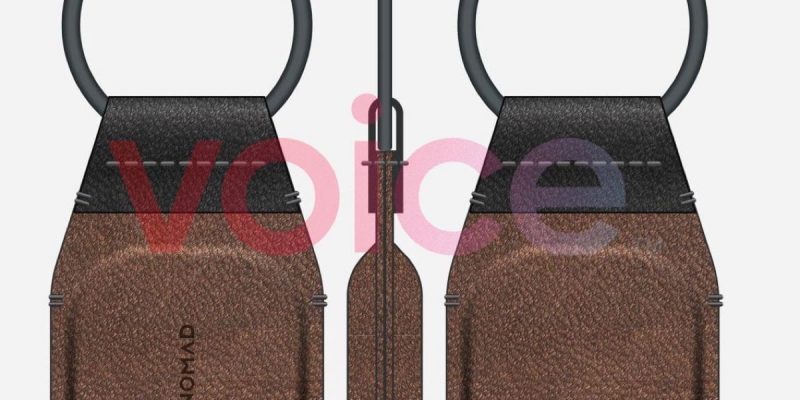 The day of Apple’s AirTags is approaching, those small buttons with battery and Ultra WideBand technology to locate the objects to which the user decides to attach them. Netizens been talking about it for months. First, it seemed that they could arrive in time for Christmas, and it might have been a nice little gift to give for the occasion to aficionados of the brand, but then when it became clear that there would be no presentation in the last month of the year that ended a few days ago, the forecasts have all moved to this first phase of 2021.

The fact that some companies already have the first compatible accessories ready is not long enough. The images shared by Evan Blass, well-known in the world for his ability to accurately anticipate news and product launches of the main manufacturers, show in the features two of the accessories built to measure for AirTag that we have seen in recent months in rendering and also in recent days through a three-dimensional animation, anticipating some of the possible uses of this small accessory awaited by Apple. 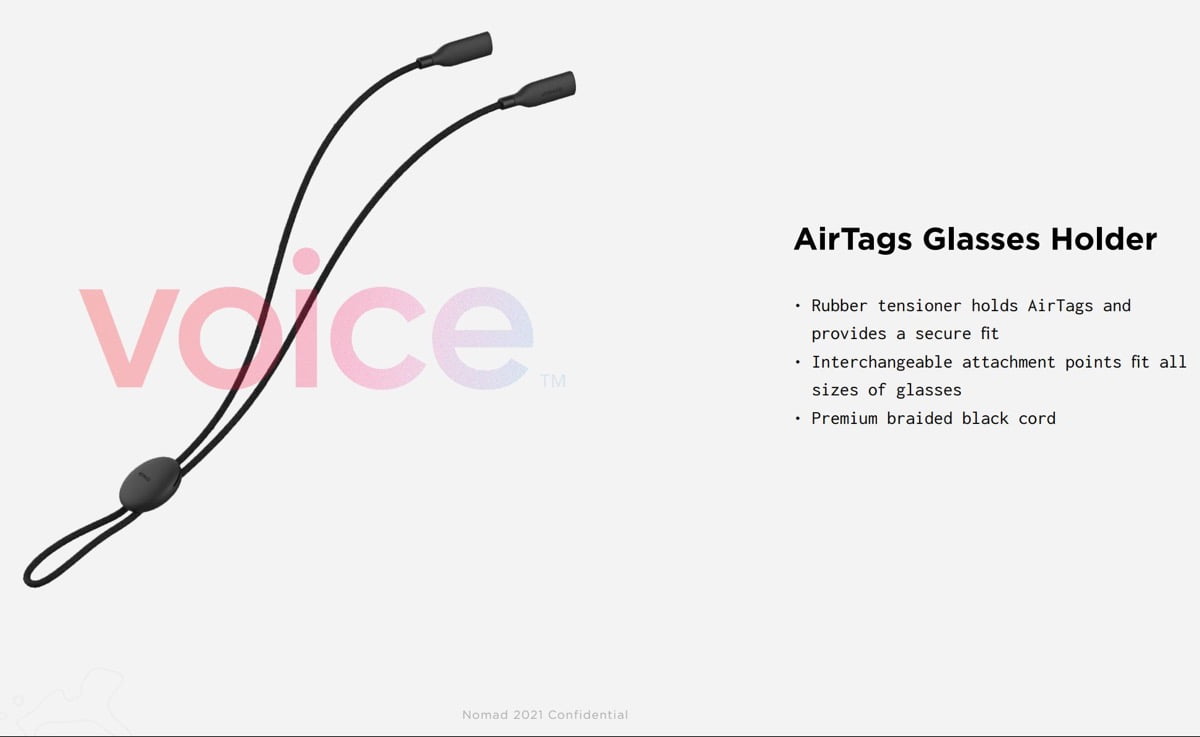 One of the two is a lace for glasses: Whether they are sunglasses or eyeglasses, many people already use the more traditional version of this cord to hang the glasses around their neck or more simply to prevent them from falling to the ground if they slip off the nose. This solution, conceived by Nomad, also includes a pocket that accommodates AirTag, thus combining the advantage of the anti-fall strap with that of being able to trace the glasses on the map if – jokes aside – they lose sight.

The other accessory is also from Nomad, a company that has been producing various accessories for Apple devices for years and which we have talked about several times in our pages, even on the occasion of some reviews, especially praising the quality of the materials. A peculiarity of this brand is the use of untreated leather which, in the long run, shows the signs of time, thus making each accessory unique in itself.

We, therefore, assume that the company will adopt the same approach for the materials that make up the second accessory visible in the rendering published by Blass, a keychain characterized by a cover for AirTag made of brown leather and a second black portion near the metal key ring. Here the usefulness of a solution of this type is wide and varied. From the common bunch of keys to the backpack, or to the saddle of a bicycle: wherever it is possible to hook the metal ring it will also be possible to place an AirTag to locate its position on the map through the Apple Find My app. 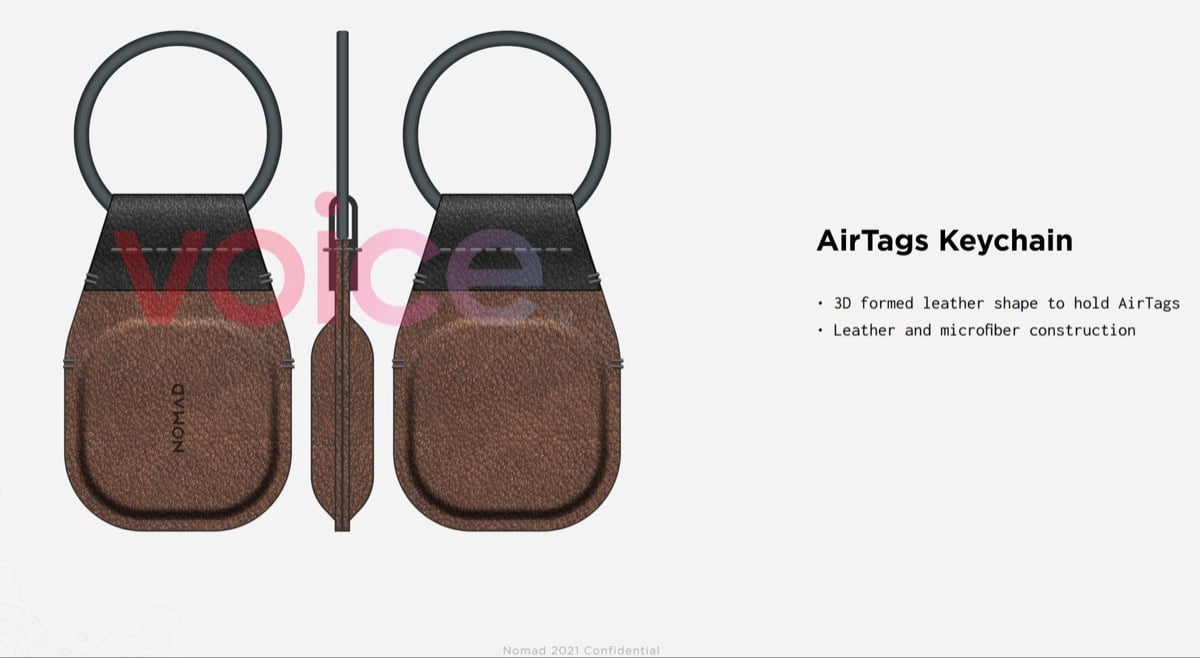 Given the nature of this device, it is likely that Apple will offer accessories with its own brand to ensure its coupling and use in the most varied uses that can be made of it. As far as we know, the metal area visible on the back of the rendering could also be magnetic, allowing you to hook it to all metal surfaces without having to buy anything else. We do not even know if, given the circular shape, it will be powered by a button battery or if it will incorporate a rechargeable battery via the MagSafe system or similar. However, what now seems certain is that AirTag exists and its presentation should not take long: the accessories of third-party manufacturers are already ready or almost.

Mozilla to refresh Firefox as Proton