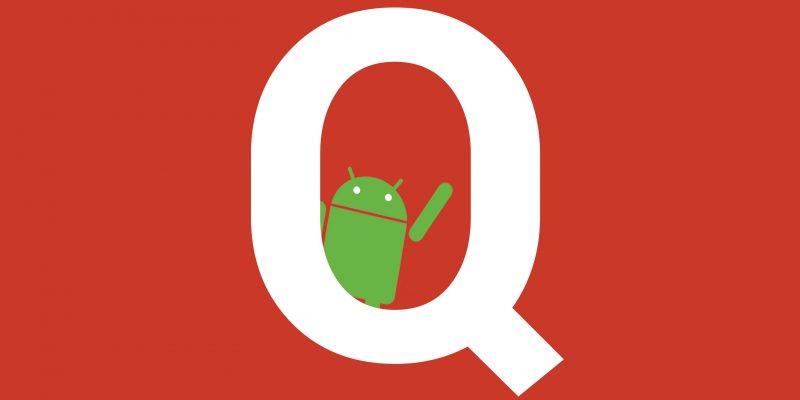 Last year, Google launched the first Android P beta on March 7th, so the timing is in line. What are the innovations introduced by this first Beta? What are the smartphones supported initially? In this article we will summarize the news, but remembering that some of them may not appear in the final version, which will probably be released during next summer, and that others will certainly come with the next releases that will follow in the coming months.

We remember however that some functions could be present in the first Beta and disappear in the following ones. Likewise, some functions may be removed and return to subsequent releases until the final version is released.

Android Q improves the transparency of the permissions and the control that users have on the data and on the functionality of the app. With the new version of Android it will be possible to have greater control over applications that exploit geolocation, in particular for those that operate in the background. Users will be able to deny permission to obtain location information, grant it only when the app is in use or always grant it.

Greater control also over access to shared files, whether it be photos, videos or audio files, identifiers that cannot be modified such as IMEI and serial number, and interruptions by applications that launch activities while they are in the background.

Android Q quickly adapts to the arrival of the first devices with a folding screen, introducing new features that make it easier to switch from the closed screen to the open screen. Some features have also been changed to support notifications when changing focus and resuming apps.

Developers are opening up new possibilities to check for new networks, also introducing support for WP3 and OWE standards and providing a random MAC address when the device connects to a different wireless network.

The new WiFi stack simplifies the management of IoT devices on the local network, making configuration, download and printing operations easier. A new API suggests preferred WiFi networks, with apps that can connect based on the past performance of individual networks.

Finally, it is possible to request the adaptive WiFi mode to reduce latency, for those applications that require it, such as real-time games or audio calls.

The camera is enhanced with the Dynamic Depth function, also available for third-party developers, a feature that offers blur features for high-quality bokeh effects. The Dynamic Depth image is composed of a JPEG, from the XMP format metadata with the depth of the elements, and a depth map, which allows you to create 3D images.

Support for the open source codec AV1 is introduced, which allows streaming video in high quality with lower bandwidth consumption. Thanks to the MediaCodecInfo API it is possible to quickly establish the rendering capabilities of an Android device, guaranteeing the possibility to set the best possible video quality. A native MIDI API arrives, which allows you to communicate directly with a MIDI device via NDK.

Android Q introduces experimental support for ANGLE, an OpenGL layer that runs on Vulkan. This way, apps and games that use OpenGL ES can take advantage of the performance and stability of the Vulkan platform. Currently, OpenGL ES 2.0 is supported, but support for version 3.0 will come soon.

The presence of Vulkan is growing, which will have to be supported by all 64-bit apps written for Android Q, and with the next versions a specific high-performance API will be released to facilitate the development of apps and games.

Support for neural networks is growing, with version 1.2 of the Neural Networks API, which adds 60 new operations, along with numerous optimizations.

Google has introduced several improvements to the ART runtime, to speed up application startup while reducing memory consumption. These are news dedicated to developers, who can initially rely on some profiles that are sent by Google Play together with the APK file.

The security of the app can count on an improvement of BiometricPrompt, a framework for unified authentication, which now supports passive methods such as face recognition. Added support for the TLS 1.3 security protocol, which improves performance and security.

The process of eliminating non-public APIs continues, increasing the chances of crashes and system crashes and the transition of apps towards support for the latest Android versions. By the end of 2019, Google Play will require support for version 28 of the SDK, both in new apps and updates. Support for 64 bits will also be required in all applications.

Here is also a series of small news, sometimes only aesthetic, other functional, that are emerging in our test with the first beta of Android Q:

ability to change the color of the accents between black, green, purple and the default color
ability to change the font, currently only between Google Sans and Noto Serif
possibility to set the shape of the icons from the developer options
a partial swipe to the right on the notifications shows the controls for the snooze function
a long press on the notifications allows you to block the notification, silence it or leave it unchanged
to delete a notification only the swipe to the right works
missing a switch to activate the dark mode, which can be inherited in case of upgrade from Android Pie. It is however possible to activate dark mode via an ADB command, although most applications do not adapt to the dark interface
emergency button in the shutdown menu, with the possibility of selecting which app will provide the information
new file manager in Material Theme and with search filters
remaining autonomy in the notification drop-down menu
Easy Connect function with QR code to facilitate WiFi configuration
within the first 30 seconds of receiving a notification, a bell is displayed to help you understand which is the last notification received
activated Dual SIM Dual Standby support on Pixel 3 and Pixel 3 XL
activated experimental support for floating windows
added a native function to record the screen, with the possibility of also capturing the voice from the microphone. Activating it the Power Menu moves down, as our screenshots show. It is activated by enabling it from the developer options and pressing the Screenshot button for a long time
support for Desktop mode, currently working only on the emulator, as no Pixel supports display output via HDMI
The Instant Transcription app, which transcribes audio recordings in text format, is pre-installed in the system
Pixel Launcher allows you to cancel the removal of an icon
screenshots now show the presence of a possible notch
the unlock screen has a blurred background when playing music
The Always On Display mode shows the current track and moves the drum percentage up
text selection is accompanied by haptic feedback, as well as the reload operation
possibility to select the application that will filter incoming calls
new screen to select which device to use to listen to the audio, choosing from those connected
new animations for the multitasking gesture, which can be activated by drawing a semicircle in the navigation bar
added support for monochrome photos in RAW format

At the moment Android Q is available exclusively for all Google Pixels, both through OTA files, which allow installation without deleting the contents of the smartphone, and with factory images, which perform a completely clean installation.

As with previous versions, a beta program is also active, which will allow the installation of this first beta and subsequent ones via OTA, accessible at this address. Below are the download links for the installation files for the six smartphones involved.

Before the final version of Android Q there will be another five beta: here’s the release schedule

Bixby is able to recognize songs