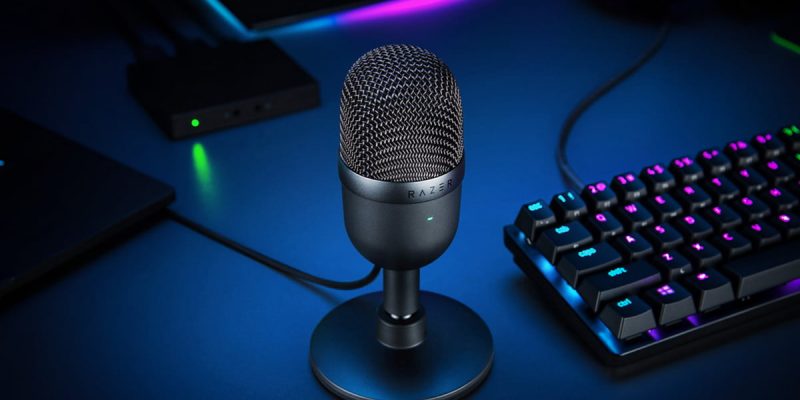 Razer Seiren Mini is here, it must be said, from a gamer point of view, passing from YouTube to Twitch to Facebook but in a period in which Smart Working goes a lot, it is clear that the price (but above all the Price / Performance ratio) place in a much larger market.

We have used it a lot in the last few weeks (and we also show you how) and despite some compromises, we were very happy with it.

Small but not too much

The first thing you notice when you open the box is the size. The new Razer Seiren Mini is small, but at the same time intriguing, a condenser microphone ready to be placed on the desk.

The white model is elegant, suitable for a business environment, but it depends on the computer with which it is accompanied.

The active part, that of the microphone itself, measures 11 centimeters by 5.5 in diameter, which becomes 17 with the stand-mounted (present in the package), to connect it to the computer, just the cable supplied with USB-A / MicroUSB of the same color.

No software is needed, on modern operating systems (and even a little old to tell the truth since it works from macOS 10.8 and Windows 7 up) just plug it in for it to power up and start working.

The Razer Seiren Mini can also be attached to a microphone arm, thanks to the standard screw.

The support base is assembled in a few seconds and includes a movable joint to correctly position the microphone (in the right angle) and a part in viscous rubber to avoid slipping on the desk.

Said and done, Razer Seiren Mini has a standard screw attachment at the base and nothing prevents you from connecting it to a movable arm. Unlike how we are used to Razer products (such as the new Razer DeathAdder V2 Pro), this Microphone follows a more discreet line (approaching that of the Razer Pro Click and the Razer Pro Type), with the only quirk an LED of operation placed on the front, just below the Razer satin writing in the metal circle, of a different color depending on the chroma of the microphone.

Despite the size (and the price), the Razer Seiren Mini has a very accurate technology inside and thought a lot for speech. The 14 mm Supercardiodie condenser capsule is able to pick up the voice in its most detailed frequencies.

The result in our opinion is variable, but for the most part good, very good if we consider the market range given by the price. The vocality offered is at times very slightly muffled (when compared with a higher-end microphone) but this can also depend on the position of the microphone with respect to the user.

If you want to sing maybe there is more, but for everyday speech the microphone proved to be more capable of course than any microphone integrated into laptops and rivaled even more capable and expensive models, surrendering only to the quality offered by the microphone of the Razer BlackShark V2, which however have two obvious advantages: a microphone that follows the face by a few centimeters and an integrated USB sound card to moderate the input.

Lights, shadows, and other colors

It is not an essential factor, but the writer liked Razer’s offer to offer it in three different colors (Black, Quartz, and Mercury which in simplified term are Black, Pink and White), with the same identical characteristics and differ only in color.

The microphone on its side has the ability to be light, offers an automatic system for reducing accidental noises (like when we move it without thinking about it), and is perfectly portable in a bag, since it is small, light and, not requiring special drivers, yes install on the fly.

On the other hand, however, there are obviously some compromises: there is no possibility to adjust the microphone input (such as the volume, for example) and there is also a hardware Mute button which is usually convenient.

Connected to a Mac mini, Razer Seiren Mini was immediately seen by all the Apps (in the image, Microsoft Teams)

The need for broadcasting has grown a lot in recent years, especially in 2020 where streaming is now the key for many users in Smart Working: the use of a headset is an interesting factor, but it is clear that a microphone and a system diffusion (we use this) is more interesting (and less tiring) if it becomes frequent all day.

From this point of view, the Razer Seiren Mini presents itself as a really interesting accessory on the one hand for the performance, absolutely relevant both for the gaming market and for the business one, and absolutely superior to what a consumer user expects for private calls, from another for the affordable price that places it as one of the most delicious accessories for the Christmas market that is now upon us.

Add to this a discreet and pleasing design that always looks good above your desk, whether you’re doing a job interview or genocide at Starcraft. 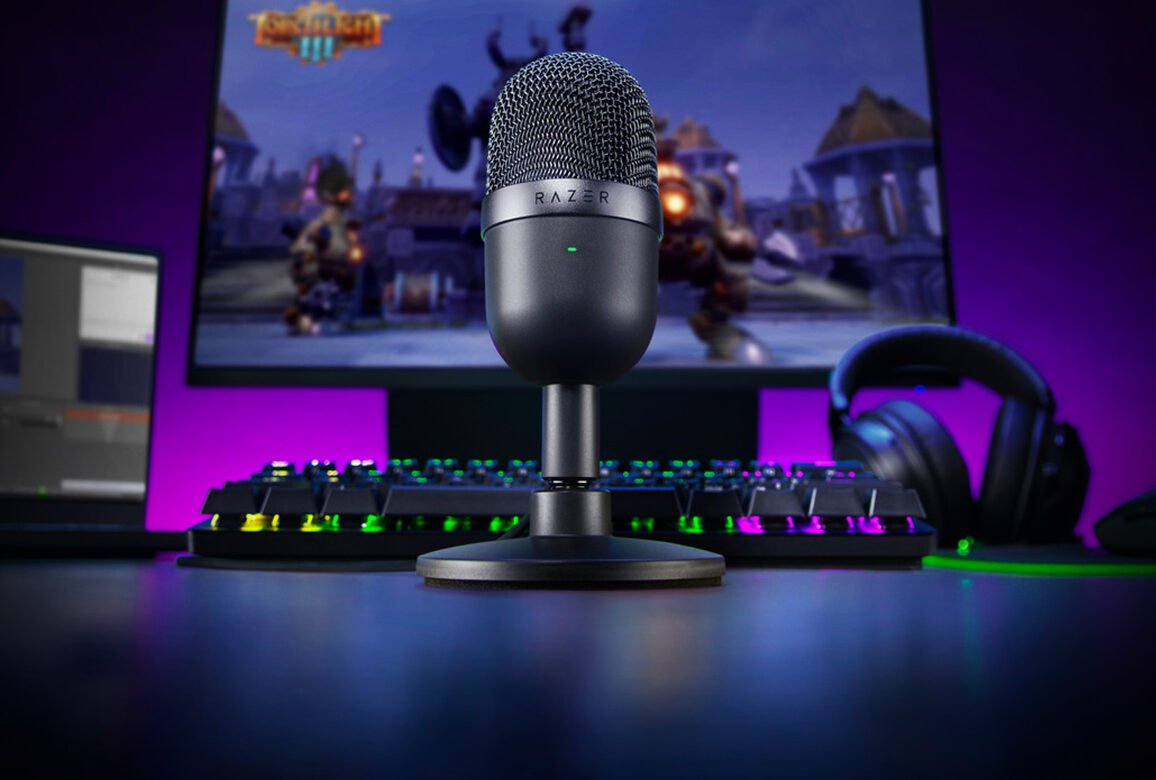 • Some controls are missing
• The Mute button is missing

iPhone 12 available to order on Amazon with fast shipping