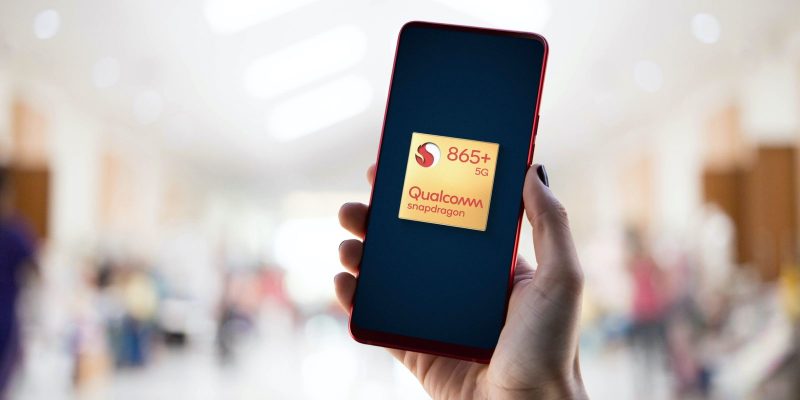 Although there is no doubt that the Qualcomm Snapdragon 865 Mobile Platform is the best performing solution in the Android environment, the Californian chipmaker has well thought of giving a touch-up, on the wave of what happened last year.

So here comes the Mobile Platform Qualcomm Snapdragon 865 Plus, ready to push even higher the smartphones that will be presented in the second half of 2020. So far there are more than 140 devices equipped with Snapdragon 865, an excellent result given the decidedly high cost of the solution, also due to the presence of the 5G modem.

The architecture of the Snapdragon 865 Plus remains substantially the same as the predecessor, with three key points that differentiate it: The Kryo 585 Prime core (with Cortex-A77 core) now works at 3.1 GHz, against the 2.84 GHz of the 865, aligning with the ideal specifications designed by ARM. Instead, the characteristics of the other cores remain unchanged, therefore three 2.4 GHz Kryo 585 and four 1.8 GHz Kryo 385 cores dedicated to less expensive processes.

The GPU has also been enhanced, which remains an Adreno 650 but with a rendering speed increased by 10%, probably following a slight increase in operating frequency.

For the rest, we find support for LPDDR5 RAM memories with a frequency of up to 2,750 MHz and up to 16 GB of LPDDR4X memory operating at a maximum frequency of 2,133 MHz.

Multimedia compartment of Qualcomm Snapdragon 865 Plus

Like the “little brother”, Snapdragon 865 Plus also excels in the multimedia sector, including the gaming segment thanks to full support for the Snapdragon Elite Gaming platform. There is support for QHD + screens with refresh rates up to 144 Hz, ISP Spectra 480 with support for photographic sensors up to 200 megapixels, ability to record videos up to 8K and support for Dolby Vision, HDR10, HDR10 + and HLG.

The latest news is related to connectivity as the FastConnect 6900 system is located inside Snapdragon 865 Plus, with support for Wi-Fi 6E (Wi-Fi 6 extended up to 6 GHz) and Bluetooth 5.2.

We find the Snapdragon X55 modem capable of offering support for 5G SA and NSA networks with maximum download speeds of 7.4 Gbps and 3 Gbps for upload. There is also the ultrasonic sensor to be integrated into the display, as well as aptX Voice which offers significantly improved audio via Bluetooth.

The sector dedicated to artificial intelligence remains unchanged, with the fifth generation Qualcomm AI Engine, Hexagon 698 with Hexagon Vector Extension and Hexagon Tensor Accelerator, Sensing Hub that allows the smartphone to have a sort of awareness of what surrounds it, Quick Charger AI that makes even faster charging, even without affecting consumption, which is truly contained.

The first smartphones with Snapdragon 865 Plus

On the occasion of the presentation of the new mobile platform, Qualcomm also announced the first two smartphones that will integrate the new solution: ASUS ROG Phone 3 and Lenovo Legion.

The first, which should be announced on July 22, should combine the Snapdragon 865 Plus with 16 GB of RAM and 512 GB of internal memory with a 120 Hz screen. Top features, therefore, which in all probability will bring it to the top of the top-performing smartphones of 2020.

Lenovo Legion will instead represent the debut of the Chinese brand in this market, with fast charging at 90 watts, two USB Type-C ports, 5,000 dual-cell battery, and a popup camera placed on the side frame, in an anomalous position.

July will, therefore, be the debut month of Snapdragon 865, but it is certain that in the following months there will be many other top of the range that will adopt the new Qualcomm solution starting, perhaps, from Samsung Galaxy Note 20.